London, England – The day was a special one for the Davis family as Lord Chief Justice, Rt. Hon. Sir John Thomas, called Ms. Christina Davis to practice at the English Bar.  She was drawn from the Honourable Society of the Inner Temple, one of the four Inns of Court in London.

Christina is 24 years and the daughter of the Bahamas’ Deputy Prime Minister and Minister of Works & Urban Development, Hon. Philip E. “Brave” Davis, Q.C., M.P. and Ann Marie Davis. Both parents, with family members and friends, attended the special event.

Given her father’s success at the Bar, Christina, his youngest protégé, is expected to excel professionally. She will be called to the Bahamas Bar shortly. 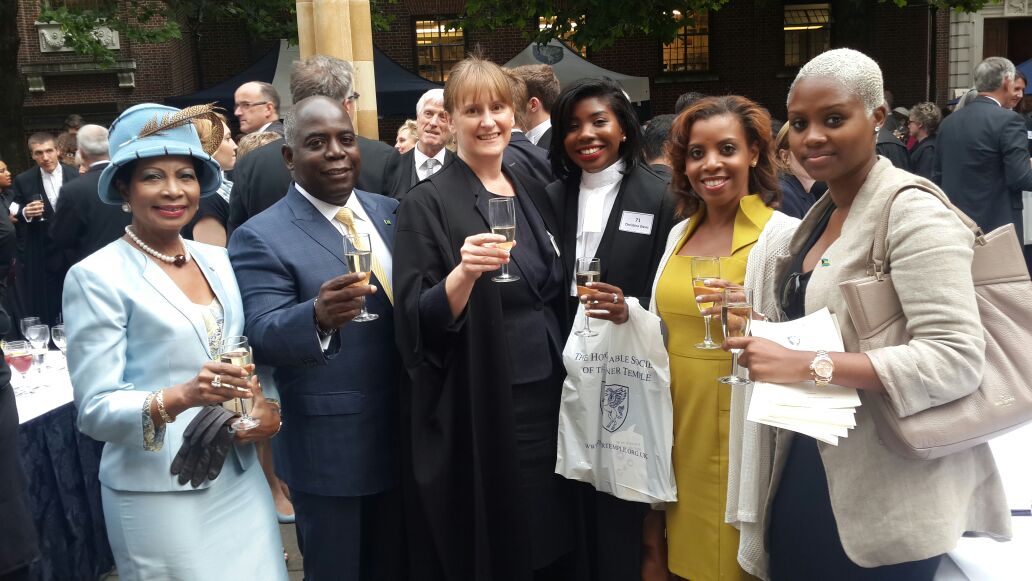