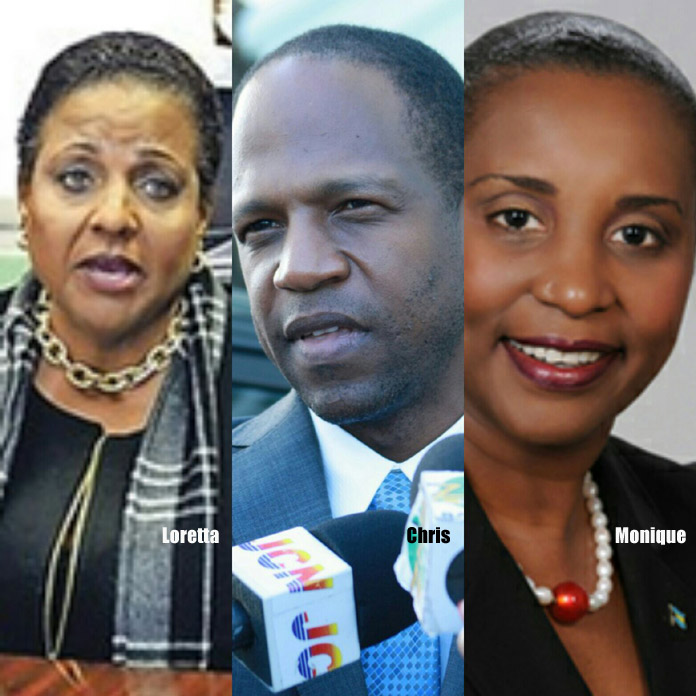 Nassau, Bahamas – There is breaking news tonight deep in the walls of politics and from what we hear there is great fallout deep inside the DNA.

Sources have confirmed to Bahamas Press that PLP Viceroy and Deputy Prime Minister Hon. Philip Brave Davis have met with the Deputy Leader of the Democratic National Alliance Chris Mortimer. According to sources the meeting was cordial and could be the sign of some interesting political days ahead for the DNA!

We understand Mortimer is not in support of his leader Branville McCartney’s appointment to the Senate by Loretta Butler Turner who leads no party and has no real mandate to anywhere.

The move by McCartney has led to a revolt within the DNA with some crying “shame and scandal” on the former FNM [McCartney] who has let the party down for his personal ambitions.

Meanwhile, hardcore FNMs are warning another FNM not join the sinking ship of “Branetta” [Branville and Loretta]. Monique Gomez, who resigned from the Senate last week is being tipped as another possible Senator to be appointed by Leader of the Opposition Loretta Butler Turner.

FNMs high up inside the organization have threatened that if Gomez accepts any appointment by the rebel 7 she could kiss her nomination and future political aspirations with the FNM goodbye.

Source have told us though that chaos have erupted deep inside the camp of the rebel seven who staged a coup against the FNM in the Parliament on December 7th.