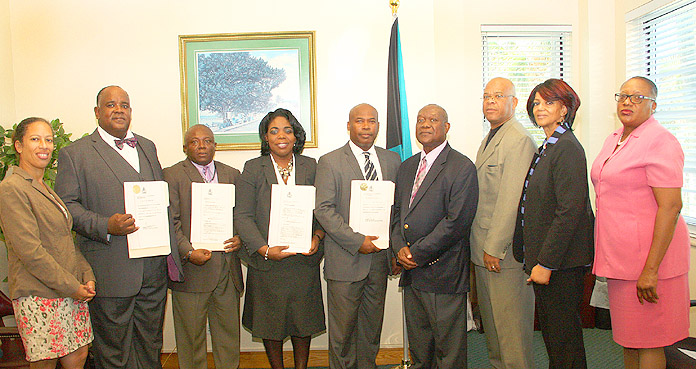 NASSAU, The Bahamas — Family Island Administrators were sworn in at the Department of Local Government in a Swearing In Ceremony on Friday morning, November 11, 2016, conducted by Director of Local Government Charles King. Pictured taking the oath are, from left: