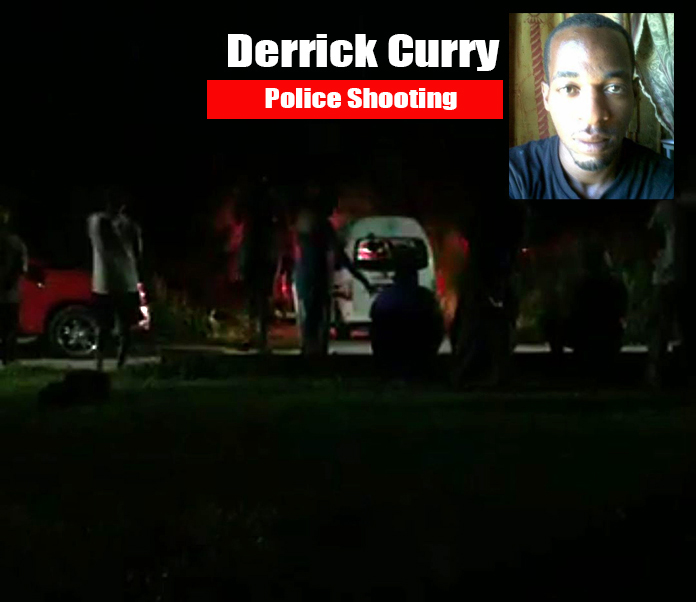 Sources on the ground have confirmed the victim was shot in the Lewis Yard community after his mother called police as he began acting strange and violently in he area.

BP’s preliminary investigations confirm the victim to be Derrick Curry of the area. What could have happened here? Was the deceased on something?

But look if you come charging with a weapon in your hands at a police officer it will not end well.