Dionisio D’Aguilar, owner of Super Wash, has been nominated by the FNM to contest the Freetown Constituency. He has been a strong critic of the Christie PLP Administration, repeatedly accusing the PLP government of corruption. He was also a strong critic of VAT and said the government could have done a better job of collecting existing taxes.

The attached pieces of evidence show that Mr. D’Aguilar knowingly and fraudulently altered the original invoices duly issued by the Whirlpool Corporation on a shipment of 27 Commercial Washing Machines. The alterations included freight costs, customs duties, processing fees and environmental levies. The duty entry with the declared value of the imported goods submitted to the Bahamas Customs Department by Super Wash totaled $104,853.90.

An astute Customs Officer sensed that something was wrong, made the necessary inquiries and was able to obtain the correct and true invoices from the Whirlpool Corporation which totaled $183,195.00 and the correct customs duty was assessed at $183,195;00. Had the intervention of the Officer not been made, the Importer would have defrauded the Public Treasury of $35,253.45. I am advised that D’Aguilar was fined $15,000.00 for submitting a false declaration but under the Customs Management Act, he could have been fined up to three times the value of the correct invoice which equates to $540,000. He signed the requisite Bahamas Customs Form NO. C52 “REQUEST FOR COMPOUNDING OF AN OFFENCE” which is an admission of fraud to the Bahamas Customs Department. The document was executed on 29th January 2014.

I take no glee or pleasure in disclosing this information which clearly paints D’Aguilar as corrupt, greedy, dishonest and with a penchant for double speak. He declared net assets of a whopping $29,341,093, but with forethought and deliberateness, caused for the falsification of three invoices and then the submission of the same to the Bahamas Customs Department to further enrich himself on the backs of struggling Bahamians who struggle to pay their taxes every day. Mr. D’Aguilar declared $1,260,000 in personal income annually. This is disgraceful.

This the same Dionisio D’Aguilar who accused Bahamians of begging too much. Should Bahamians accuse D’Aguilar of ‘tiefin’ too much?!

I publicly call on Mr. D’Aguilar to come clean with the Bahamian people and state whether or not there are any other false declarations submitted by any of his companies to the Bahamas Customs Department. The public needs to know. 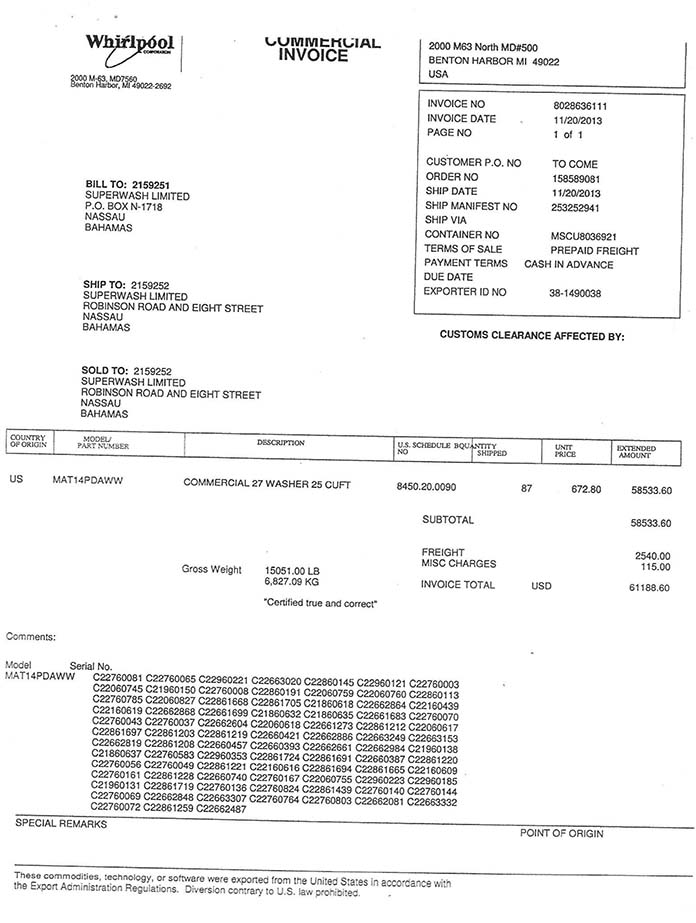 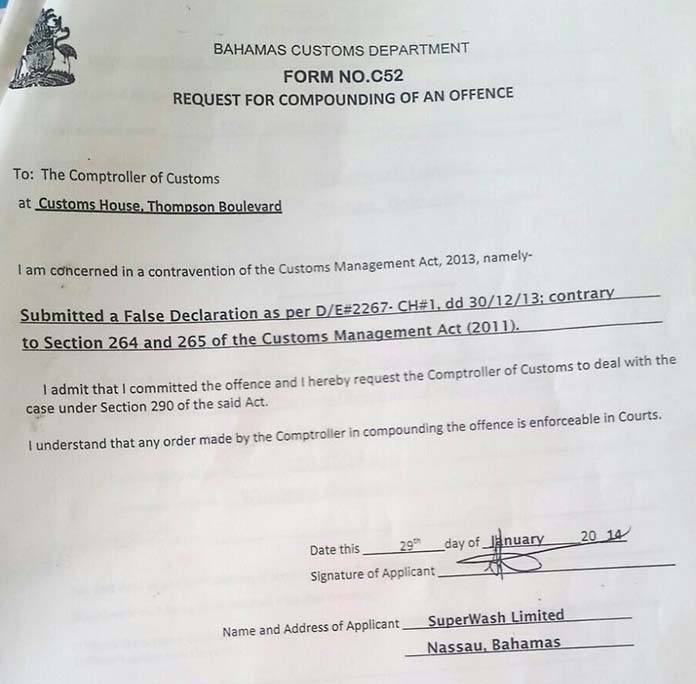