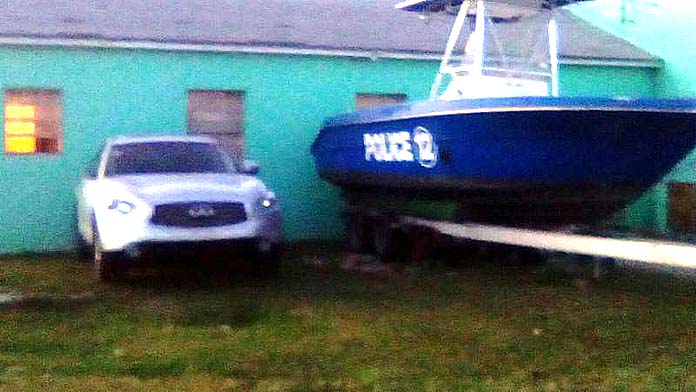 Several weeks ago, I disclosed to the public the failure of the now FNM Candidate for North Eleuthera, Howard Ricky Mackey AKA “Tax Ducker” to pay Customs Duties that were outstanding since 2001. Ricky Mackey claimed that he had forgotten and made haste to pay the long outstanding amount without penalty of interest.

As promised, I am disclosing additional information why Howard Ricky Mackey should be rejected by the good people of North Eleuthera.

The first relates to a luxury 2014 Infinity Jeep VIN JN8CS1MU6EM450864 with Florida State license plate AFQN72 DECAL 05373599. This vehicle was stolen from Florida in 2013. An investigation revealed that no records existed to verify the importation of this into the Bahamas; no record of the vehicle and no record of the importer. This vehicle was found on Harbour Island with Harbour Island license plate No. 1832 and licensed up to August 2017. The car was in the possession of Howard Rickey Mackey and driven by him.

The Vehicle Identification Number (VIN) on the vehicle has been confirmed by Enterprises Holding Rental (EHR) located in Florida. EHR also confirmed that at the time of the reported theft on 3rd December 2013, the said Infinity Jeep was rented to a Bahamian female who currently resides in Abaco (Name Withheld).

How Ricky Mackey obtained the license plate No 1832 remains a mystery to date. It is also a mystery whether or not the vehicle was ever insured.
Shortly after I disclosed the non-payment of customs duties dating back to 2001, Howard Ricky Mackey caused for the stolen vehicle to be taken to the Governors Harbour Police compound where he reported to the police that he has reasons to believe the vehicle was stolen.

The unanswered questions are the following:

How was the vehicle transported to the Bahamas? Was it in a container?

Was Howard Rickey Mackey tied to the theft of the vehicle? Is Quincy Kemp Sawyer connected to this matter?

Did Howard Rickey Mackey purchase the vehicle from someone locally? If so, from whom?

How did the 1994 Infinity Jeep come into the possession of Howard Rickey Mackey?

How did Howard Rickey Mackey obtain License plate HI 1832?
Was The Vehicle insured? If yes by what insurance company?

I am advised that Howard Rickey Mackey is also a Tax Ducker in not paying the Road Traffic Department license fees on a fleet of vehicles; some of which extend as far back as 2009 total some $21,435.00. The details are outlined below. It also raises the question as to whether the fleet of vehicles are insured including the propane truck. 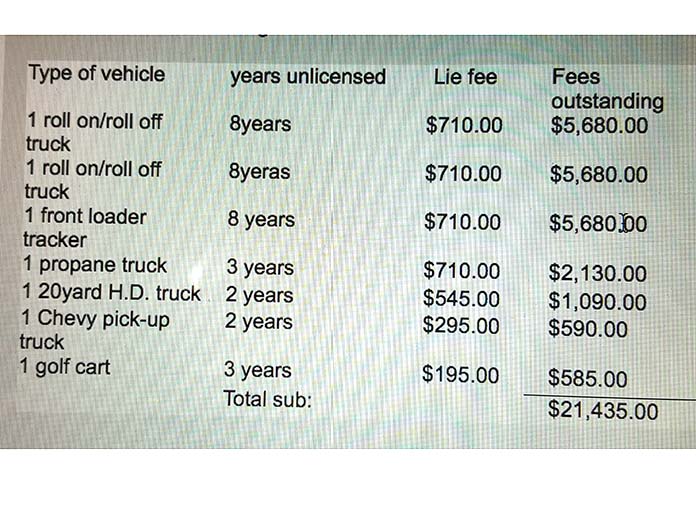 No Liability Insurance on Mackey’s Propane Business on Harbour Island. Staff not trained and licensed.

Recently an untrained and unlicensed employee of Howard Rickey’s uninsured LPG business was injured when the diver of Mackey’s Gas Truck accidentally opened the nozzle on the valve causing gas to escape. I am advised that Mackey has a Certificate of Competency for LPG and had started the licensing process some two month ago but had not return the application with the required liability insurance to date. People on Harbour Island have serious concerns that Mackey parks his propane truck in such close proximity to residential homes.

I take no glee in presenting these facts but was challenged by the FNM Chairman Sidney Collie and FNM’S candidate Howard Rickey Mackey who urged me to tell it all.

It should be abundantly clear to the voters of North Eleuthera that Howard Rickey Mackey is not a fit and proper person to be elect to the Hon House of Assembly.

The blatant manner in which he violates the law and attendant regulations disqualifies him from holding the high office that he seeks.