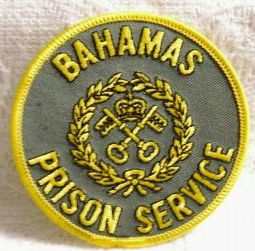 Nassau, Bahamas — Bahamas Press is following the second woman in an affair of a former FNM Cabinet Minister who this week was sent back to prison.

Now get this when the senior FNM Minister was in power, he called for his sweetness to join him as a special assistant in his office. But now that things have changed, the secret lover #2 has gone back to her old job as a prison officer.

Sources close to the former minister told BP he too held the keys to his government office days after being voted out on May 7th. The Minister believed he was sure to win.

Some say the defeat at the polls significantly damaged the MP, leaving him in bout of depression. A PLP new generation leader beat him like a drum on May 7th. But get this.

The sweetie, who wore skin-tight clothes and kept the minister hot like pepper everyday, is now back in khaki. We can report, she showed up in uniform at the prison gates reporting for duty on Monday morning past.

All we could say is this, “If you don’t laugh you will cry!” Things really ain’t the same.