FNM Leader Hubert Minnis, Hubert Chipman and Richard Lightbourn all submitted names of contractors and homes to be repaired in the small homes repair program for their constituency!

So why is the FNM so hard against the POOR?!

Nassau, Bahamas – Bahamas Press has become extremely concerned with the movements of the Chairman of the Public Accounts Committee [PAC] and the cozy relationship with the Auditor General, who decided to investigate a number of local contractors including FNM contractors, who hadn’t had one job before The Caring Christie Government came to power in 2012.

On October 7th, 2013 at lunch in Montague Gardens in eastern New Providence, the Leader of the FNM, Hubert Minnis and Chairman of the PAC Hubert Chipman sat down with the Co-Chairs of Urban Renewal, Hon. Algernon S.P.B. Allen and Hon. Cynthia Mother Pratt, to work a way forward in a bipartisan effort to help Bahamians caught in the winds of recession and unable to repair their homes as a result of hard times.

In that meeting, Allen and Pratt, the decent upstanding persons to national development, assured leaders of the FNM that this is the GREAT WORK  a good and right-thinking government; to uplift the weak, cloth the naked and restore hope to the down trodden.

As a result, following that meeting, the Opposition Leader agreed to join the good work of Urban Renewal and he submitted homes to be repaired in his constituency and names of contractors who would be willing to do the work. Those contractors were immediately hired and the work to repair scores of homes in Killarney began!

Bahamas Press now has the names of the contractors submitted by the Opposition Leader and the one leading the list is known FNM contractor, Paul Willie, who got more work than most PLPs!

Additionally, more than 20 homes were selected for repairs in the Montague Constituency by its MP and Co-Chair of the PAC, Mr. Richard Lightbourn. In the end, more than 50 homes out of the 300-plus done on New Providence were all awarded to FNM contractors and were cited as belonging to supporters of the Free National Movement. This in incredible! This is GOOD! This is decent and fair!

But, like the cold, heartless bunch they are, the PAC caused an investigation to be done by the Auditor General, robbing Terrance Bastian of his independence and corruptly allowing him to produce a report which failed to include any commentary from the Urban Renewal Co-Chairs on its findings. No appendix supplied to the Audit was ever included to the Audit, which confirms that there was never any intention to discover truth by the Auditor General! This is ‘VICKED’! This IS NASTY! AND THIS IS A BLATANT DAMNABLE ATTACK ON THE POOR! Auditor General Terrance Bastian should resign and resign IMMEDIATELY!

With FNMs contractors being investigated and supporters’ homes being repaired, including the home of a former FNM Senator in the constituency of Killarney, one must now wonder what was the motive of the two Huberts in their witch-hunt, which became an attempt to cause trouble for their own supporters?

Why is the FNM so against POOR BAHAMIANS?

And if they were so against the Small Homes Repair Program, why did they submit contractors’ names to do the work and have their supporters’ homes repaired?

Richard Lightbourn ain’t saying much as he knows how one of his contractors never finished the work but was forced to have it done or face the court! But you know, the Auditor General Bastian wasn’t concerned about that! He was on a mission and has dangerously compromised his independence!

Richard Lightbourn MP for Montaqu submitted the names of homes to be repaired in his constituency which were, and supplied all of his contractors for the projects! 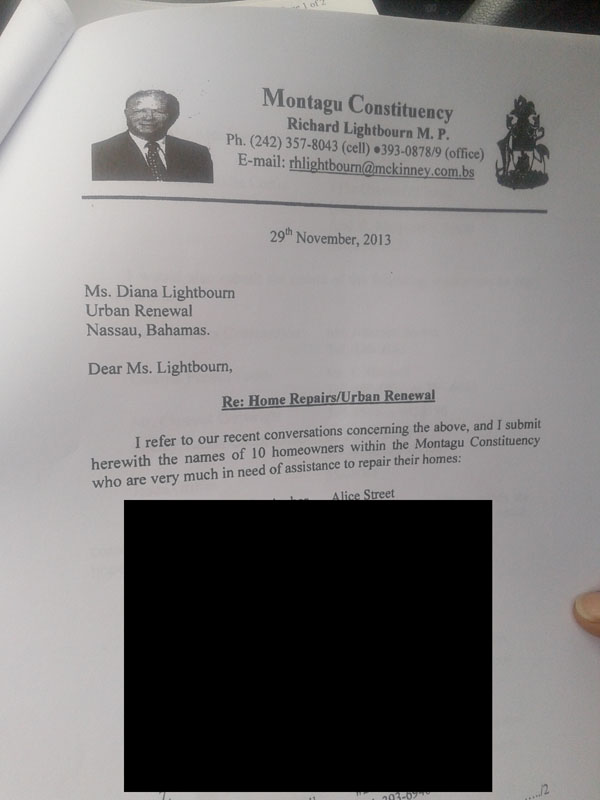 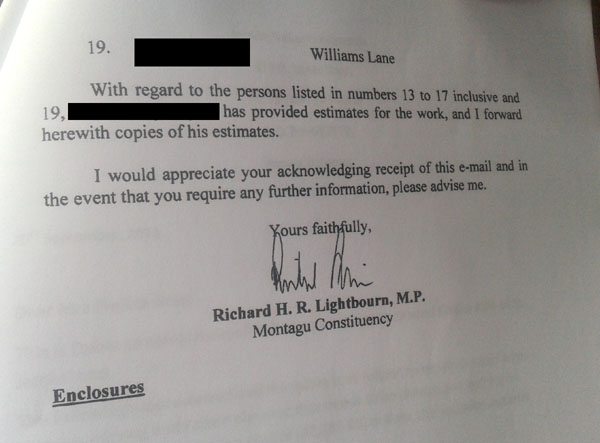