But isn’t Brent running for the FNM? Who is he funding now? 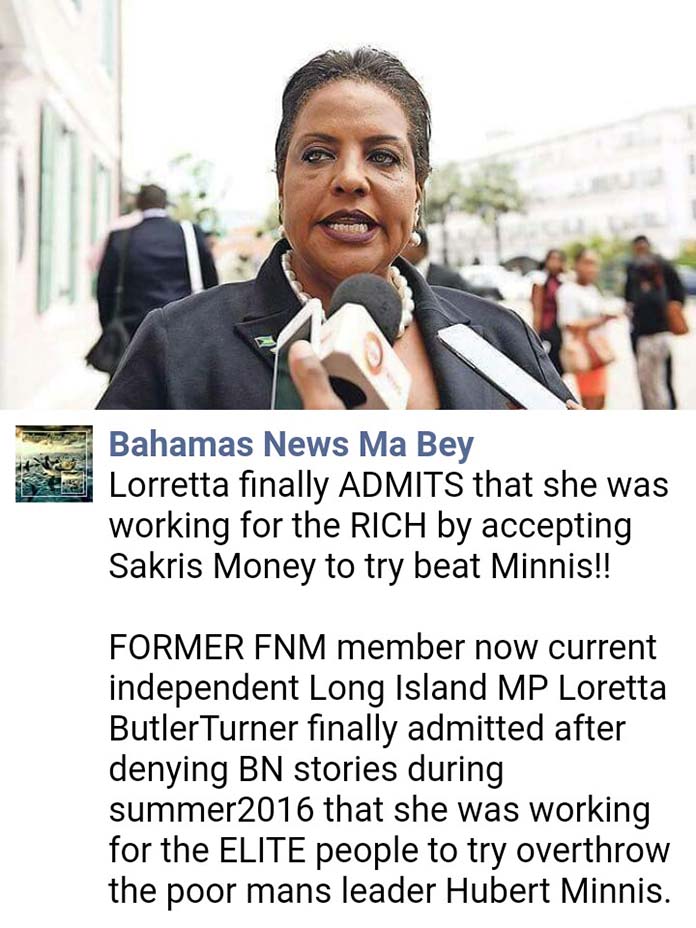 In an online post, one FNM blog has alleged that Loretta, who was funded by FNM St. Anne’s Candidate Brent Symonette in the July Convention to topple Minnis, had also accepted funds from Sarkis to get rid of the party leader.

Now this is some strange turmoil brewing deep inside the opposition for, in one case of the PLP, according to them, it is not OK for a PLP to get funds from a Lyford Cay permanent resident backer, but, yet, it is ok for Sarkis and Louis Bacon to pump millions into the Minnis campaign – but not Loretta? Well, what is dis?

Meanwhile, we are getting word that South Long Island is turning blue in favour of Loretta. Sources tell us Team Loretta is making such inroads in that community that one FNM of 35 years has blocked the Save the Bays FNM candidate from entering his property.

BP is telling ya Long Island is the seat to watch on May 10th. This race is between Glendon Rolle and the incumbent Loretta Butler-Turner.