Your referenced article has taken some viral interest here in the Bahamas which unfortunately demands that I address you on the matter as this is not the first time you have referred to me in a slanderous article claiming that somehow I have deprived you of a contract or financial assistance in either my personal or public service office.

I find your latest charge particularly distressing as you sought to intentionally harm me in my professional capacity in regards to matters you are obviously unacquainted with, truly unfortunate. Integrity matters and I put mine up against yours any day.

Sir once again let me confirm for you that I have not been and I am not involved in your matter by deliberate choice. The fact that your “friends” have abandoned you and not reached out to you is the real tragic story in this and maybe its them that you should have directed your caustic comments. You and I have had no dealings since you left Freeport for Washington and by personal choice you burned our friendship in favor of what you though was politically expedient years ago. Why you chose to continue to scandalize my name now, when it is not even politically relevant is a mystery but I’m sure you have your reasons and I hope it pays off for you. Unfortunately you have been used in the past and look to be used again sadly. Pathetic!

For your record however you give me too much credit. I have not had charge or significant influence over the Ministry of Foreign Affairs or its offices and thus your claims are particularly odious and unfounded. During my tenure as Minister of Finance I took my job seriously and performed it without question or hint of impropriety in strict observation of my fiduciary responsibility to the Bahamian people and the Cabinet of the Bahamas, ensuring they get value for money as best I could. Your suggestions otherwise are thus offensive and uncalled for.

While I do not expect you to have the decency and integrity to retract your statements, I would recommend that you focus your attention to your matters, which are no fault or consequence of mine, and seek God’s face while he may still be found. As I wrote to you when you leveled your first unprovoked attack on me leading into the 2012 general elections, to that point I considered you a friend and had no personal animosity or issue with you to seek your destruction. As then, I remain thoroughly disappointed and hurt by your unsolicited attack in furtherance of what you must have thought would grant you political favor. You should be aware I am no longer a candidate in the upcoming general elections and thus your efforts have fallen on barren ground once again.

Ossie, unfortunately up to now I have not given you much thought at all given the stance you took towards me. I will maintain that stance but I will not let your continue to defame me without evidence to prove your claims. You have nothing I want but if necessary I will go after your name like you have gone after mine for no good reason. I hope this is the end of it and you can find peace in your heart from the hurt your “friends” have caused you by abandoning you in your time of need. I pray for you and your comfort sir. 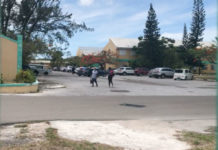 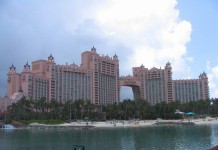 Some 700 Bahamians to be separated from Atlantis!