Will our Taxpayers’ money be paying for the exercise or will the Billionaire at Lyford Cay? FNM Government has dropped to JUNK BOND POLITICAL STATUS!

BP’s hardcore team of politicos already on the ground confirms that the group is being organized to work a public relations campaign for the failing government.

In all of the 52 weeks since elected to office, the FNM has lost huge ground, according to BBB Analytics, which show the Minnis Government’s popularity below 20% [JUNK BOND POLITICAL STATUS] – the lowest ever in just one year since elected in May 2017.

The focus groups will attract persons over the age of 18 years and testing will be between 6 – 8pm. Sources tell us the exercise will happen inside the Hilton, the same place where the recorded Toggie and BOBO interviews were done with retired FBI agents who had no work permits for Save the Bays.

With massive unemployment and a pending TSUMANI of terminations within Government for the end of July, with no plan for Grand Bahama or the Bahamas, Diana could only be organizing a failed exercise for the FAILED MINNIS GOVERNMENT! 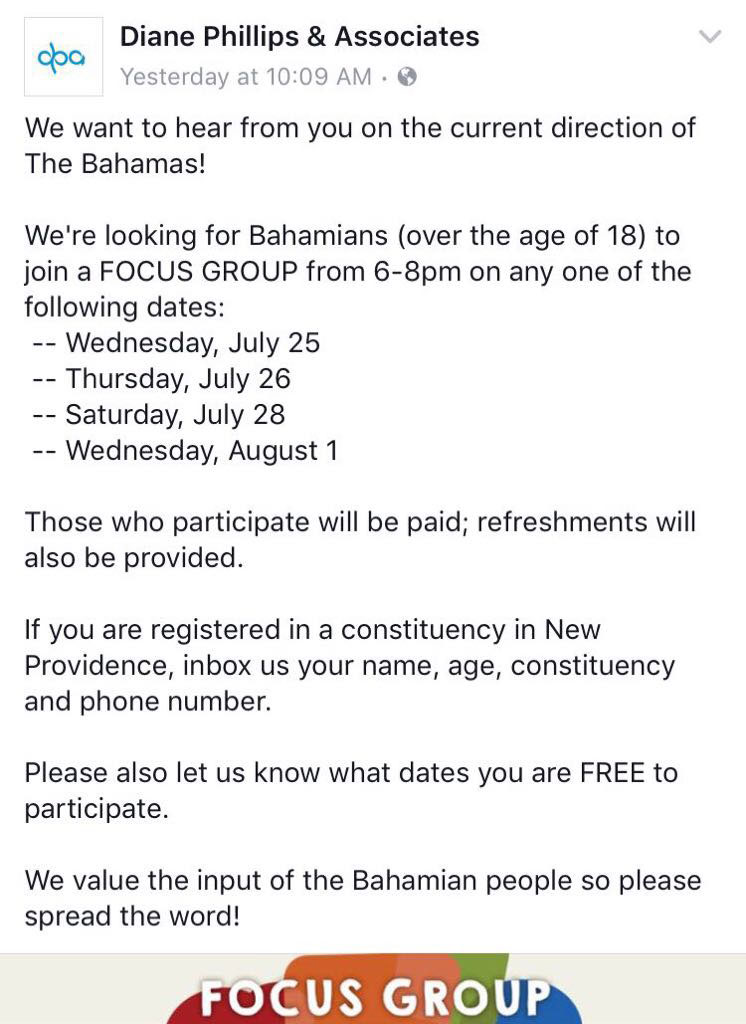