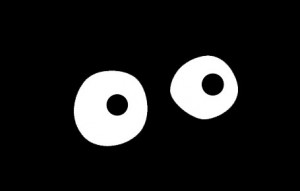 Nassau, Bahamas — The Bahamas Electricity Corporation (BEC) advises its customers in New Providence that it is working to restore supply to all areas following an island-wide outage on Wednesday, May 30th, 2012.

At 6:45 a.m. more than 50% of customers were back on supply and BEC expects to continue the gradual reinstatement of electricity supplies until al…l customers are returned to BEC’s supply grid. The island wide outage occurred shortly after midnight when two men, employed with a private company, were working on a building in the Prince Charles Drive area. During their work, an aluminium ladder came into contact with one of BEC’s 33Kv overhead lines. As a result both men were injured and rushed to hospital by ambulance.

In instances where contact is made to a major overhead line, a protective relay would have isolated the fault. However, in this particular situation the protective relay malfunctioned resulting in BEC’s entire system tripping offline; this includes its generator units at both the Clifton Pier and Blue Hills Power Stations.

BEC crews went to the site on Prince Charles and were able to repair the damaged line; however, other challenges resulted in a delay in commencing the re-energization of those critical generator units. BEC explains that once units go offline, it can take some time to make them fully operational again. Further, BEC was challenged with the shutdown of all units at both its power stations.

The Bahamas Electricity Corporation (BEC) is a government owned public corporation which is committed to providing customers with safe, reliable electricity in a most cost-efficient manner. BEC, the premier provider of electricity in The Bahamas, operates generation, transmission and distribution systems throughout the archipelagic nation. The Corporation operates 30 generating plants in 25 island locations and has more than 100,000 customers.

The Corporation continues to request the patience of those customers, who remain without supply, as it works diligently to bring those generator units back online. Already, several units are operational and BEC continues to re-energize major generator units at both the Blue Hills and Clifton Pier Power Stations. As units return to service, more customers will be brought on supply until the restoration process is complete.

At this point, the Corporation offers its sincerest apology to those customers who have been without supply over the past several hours. BEC assures its customers that it is working diligently to complete the restoration process as soon as possible and expects complete the island wide restoration before 8 a.m. on Wednesday, May 30th, 2012.