Minister Renward Wells gives the GREEN LIGHT to fire Bahamians – More than 8,000 Bahamians were fired by the FNM since MAY 10th! SEE LETTERS BELOW!


From the hill to the valley, more Bahamians to be fired at BAIC from now onto July!

Minister Renward Wells gives the GREEN LIGHT to fire Bahamians – More than 6,000 Bahamians were fired by the FNM!

Nassau – Only Bahamians are being sent home and this evening Bahamas Press can reveal that the political victimization of an uncaring Minnis-led government continues with now some 6,000 workers sent home.

On this week we can report more workers went home at the BAIC operations at the Industrial Park.

Unceremoniously, workers on Thursday were sent home and terminated without reason or concern. Made redundant! Some with mortgages, others with plenty bills and mouths to feed.

Tonight sources deep inside the government have shown to BP written instructions from the Minister for Agriculture directing the then-chairman of BAIC, Miriam Emmanuel, dating back to 13th November, 2017 about whom to fire from the corporation.

In a follow-up letter dated December 15th, 2017, then-Chairman Emmanuel complied with the Minister’s instructions and noted that the Board of BAIC acceded to his request and passed a resolution to the same. Working like a team they agreed to send workers [some who were the only employed in the home] to the unemployment lines. Now these letters shown to BP were some fired during the holidays.

But get this: just this week terminations of Permanent and Pensionable began and we understand the slow trickle of departure will continue for the next several months.

A few months back, a number of workers were fired for what sources say were “political reasons”, an exercise of victimization denied by the Minnis Government. But for the first time Bahamas Press exposes the same and confirms workers at BAIC are being fired by the Cabinet through the direction of the Minister Renward Wells.

We ga report and let yinner decide! [CALL THAT FAKE NEWS IF YA BAD!] More documents to come!

We want Bahamians to keep the information flowing! 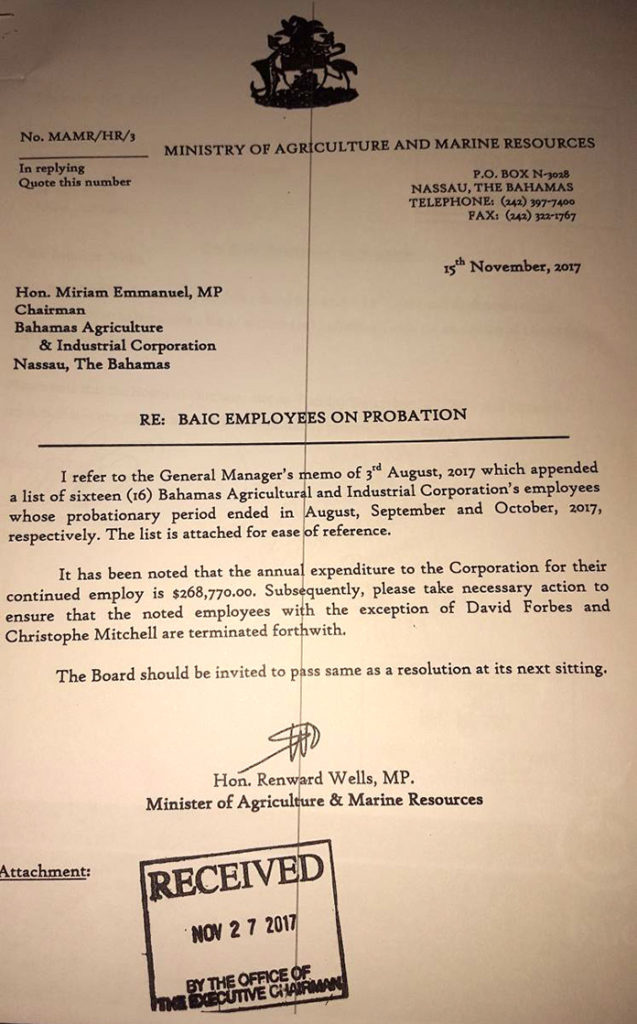 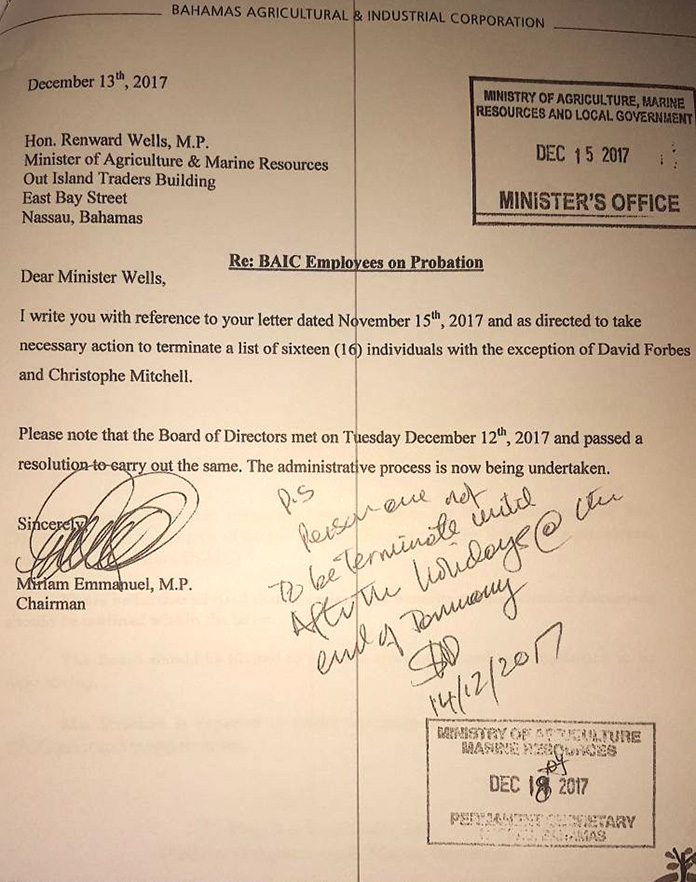