Letter to staff confirm Government is not planning to take control on Sept. 19th, but has already taken control and has not yet approved the spending in Parliament! 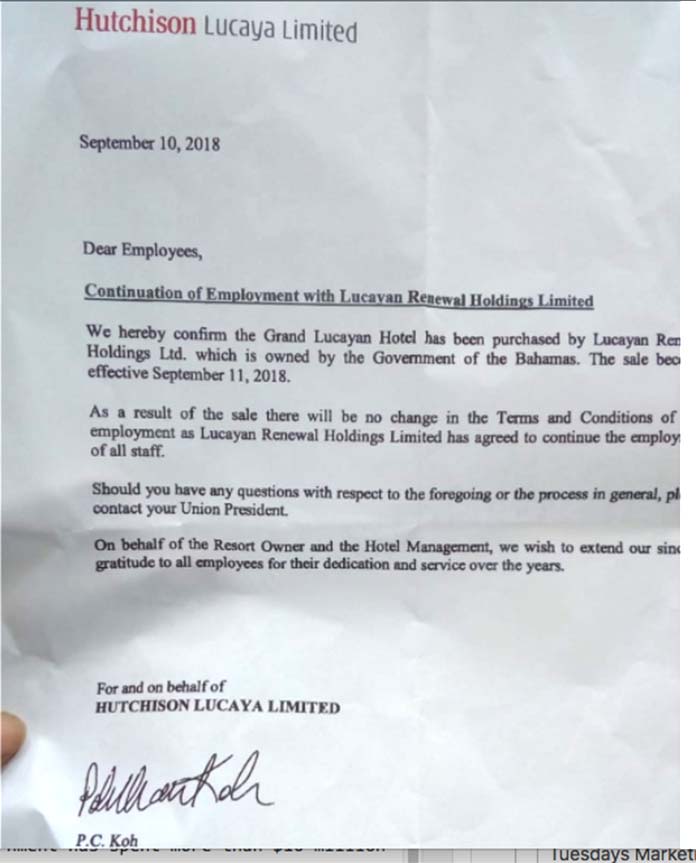 Freeport – Bahamas Press now has proof that the Minnis Government had assumed control of the Grand Lucayan Hotel properties on September 11th.

The Government announced on Monday through the media that the Administration was about to place another $20m on the property.

Now readers should know that the Government has spent more than $10 million without once seeking the approval of Parliament on the expenditure.

Parliament opens on the 19th of September at which time the Government has claimed it will assume control of the property.

However, letters to Bahamas Press confirms the government has already assumed control, and now we know that no renovation will be carried out by the Government on the property. Sources tell us the Minnis Government will learn that there are many outstanding debts at the hotel; debts which must now be satisfied.