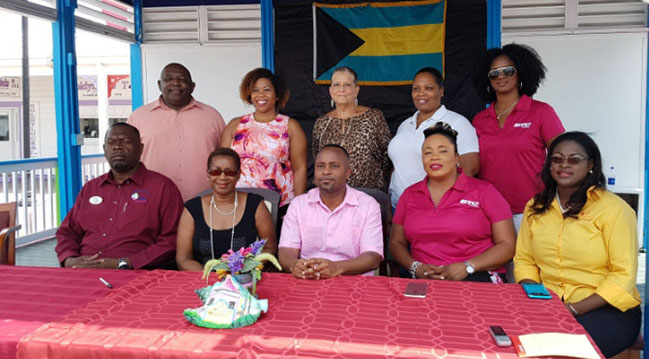 BTC has joined forces with the Grand Bahama Tourism Board and the Office of the PM on Grand Bahama for a new venture geared at showcasing the island’s amazing musical and entertainment talent.

Dubbed ‘A Taste of Port Lucaya’ the event which will launch on August 3rd in Count Basie Square will be hosted by Social Media Sensation Sawyer Boy and feature performances from the likes of Stileet, Wilfred Solomon and the Police Pop Band in a bid to attract locals and visitors to the vibrant Port Lucaya Marketplace.

Northern Bahamas VP Eldri Ferguson-Mackey is pictured (Seated, Second from the right) along with other stakeholders including Minister of State in the Office of the Prime Minister Hon. Kwasi Thompson!