Grand Bahama is more prepared than Nassau and other Islands! 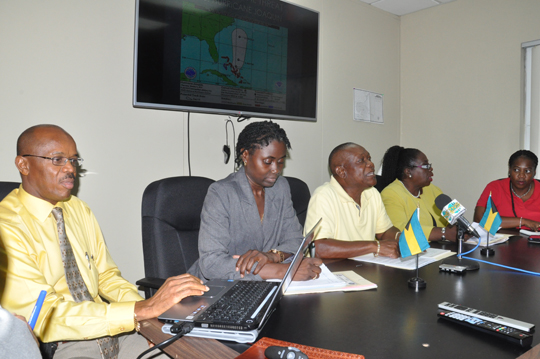 The Senior Family Island Administrator, with responsibility for the City of Freeport, held a press briefing at NEMA’s Command Center in the National Insurance Building Thursday morning.

As was the case with previous press briefing Mr. King also invited all stakeholders to attend and give a report on their state of readiness.

Mr. King noted that while the experts feel that the storm will steer away from Grand Bahama that we must prepare for any eventuality.

Even as he spoke, Hurricane Joaquin was causing massive flooding and damage to many homes in the southern Bahamas. The Category III storm was packing winds in excess of 125 miles per hour and further strengthening was expected.