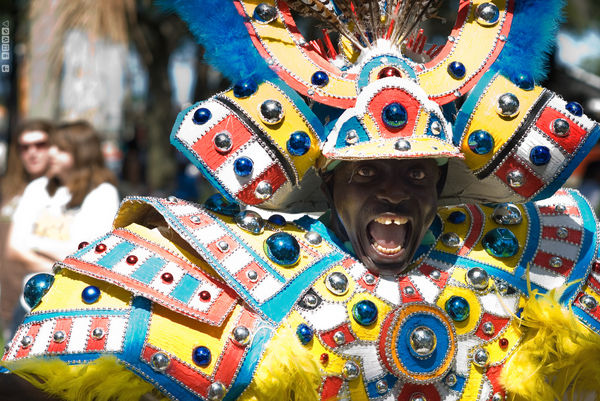 Nassau, Bahamas –  There are numerous Bahamians who have dedicated their lives to the cultural development and enrichment of The Bahamas. Their significant contributions to the arts, be it the spoken word through storytelling and the oral tradition, the written word through poetry, prose and literature, religion, music, song writing or dance, have both defined and embellished our national character and identity over many generations.

The government of The Bahamas readily acknowledges their invaluable contributions, but concedes that the country has not done enough to fully recognize, honour and pay tribute to our national treasures. Prime Minister Christie has been quite vocal on this issue and has proclaimed 2014 the year of Culture.

During this year’s 41st Independence anniversary celebrations under the theme “Celebrating our Culture: A Commitment to peace,” the nation will begin the process of formally recognizing those Bahamians who have dedicated their lives to cultural development. It is anticipated that during the months to come, others in the cultural community will be appropriately honoured. “We as a nation have done a pretty good job of properly honouring our athletes and other outstanding Bahamians for their contributions to the national life and development of The Bahamas, but other than Sir Sidney Poitier, we have not done a good job of properly honouring those in the cultural community. We have to change that and while we appreciate that not all cultural icons can be honoured in our first installment, we start this important process in our 41st year of nationhood,” said Tourism Minister Obie Wilchcombe in a recent interview with the Bahamas Information Services (BIS). The Minister also chairs the Independence Organizing Committee.

Highlighting this year’s focus on culture, the Minister told the media at a press conference on 21st June that “it’s (the 41st Independence celebrations) going to be a very different show I think from previous years. Hopefully something that will be outstanding and is imaginative and creative as you would expect from a country that is celebrating a year of culture.

“This is a national celebration and we are really looking forward to having every Bahamian fully engaged with independence.”

The government has engaged the services of local artist extraordinaire, Jamaal Rolle to produce portraits in the form of lithographs of each of the honourees. The forty-one portraits will be erected in Pompey Square where the awards ceremony will take place on the evening of the 8th June 2014. This awards ceremony will kick off an exhibition celebrating these Culture Warriors as part of the independence celebrations.

The gala banquet scheduled for later this year as part of the 50th Anniversary of the Ministry of Tourism is another such occasion where fifty “Culture Warriors” will be formally recognized by the people of The Bahamas.

“Celebrating our Culture: A Commitment to Peace”

6. Beginning of the End – ‘Nassau Gone… Funky Nassau got Soul’

8. Buttercup – ‘Limbo King of the Caribbean’

9. Charles Carter –‘The Young Bahamian Show ‘…’ These are Bahamians’

10. Cleophas Adderley Jr – ‘Our Boys’ …Wind under the wings of the National Youth Choir’

11. Count Bernardino – ‘Take Your Meat Out Me Rice’… “Six Young Girls Across My Chest’

17. Jackson (d) and Stan Burnside … ‘ Band of Brothers :The Defining Canvas of Junkanoo’

35. Susan Wallace –‘Children’s Literature in the Eye of the Sun ‘… ‘Who is the Woman in this House?’

39. Tony Mackay(d)-‘He Came Down on a Lightning Bolt’ …’We Stronger than Steel’