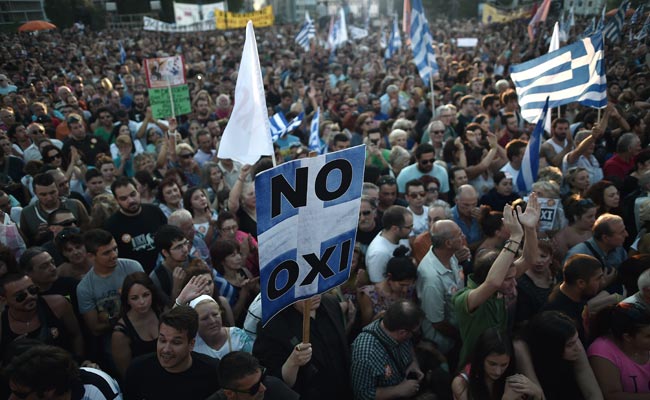 Greece’s governing Syriza party had campaigned for a “No”, saying the bailout terms were humiliating.

All week the BBC and other members of the wutless media dem in Europe were totting water for the EU suggesting that the vote was too close to call. They were all wrong – 61.3% of the Greek citizenry voted “No” to deeper austerity!

The Greek People have WON! Now we see what will happen in the future.