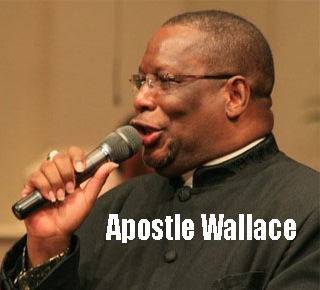 BREAKING NEWS ON Bahamaspress.com >>>> Two sons of the Apostle were rowing over woman! WELL WAIT! BP IS LIVE!

Nassau, Bahamas — Police were called onto the compound of the Nation’s Chief Apostle early Tuesday morning to investigate an attempted murder of Apostle Leon Wallace’s son!

BP’s investigative team report the incident was over a gal. Two brothers, one son of the pastor Rev. Leon Wallace and another an adopted son is alleged to have fought over some [get this] UNBROKEN BREAD [woman].

According to reports, shortly after 12:00am on Tuesday 2nd June 2015, both males were home when they were involved in an argument at a home located just off Butlers Way off Carmichael Road.

There one of the males opened fire on the other shooting him in the chest with a handgun.

QUESTION: What a weapon doing in the preacher’s home?

The male with the handgun then fled the scene. The victim was rushed to hospital, where he remains in serious condition in intensive care.

Bahamas Press has identified the victim as Charro Wallace.