Here are the people bringing in guns granted bail! 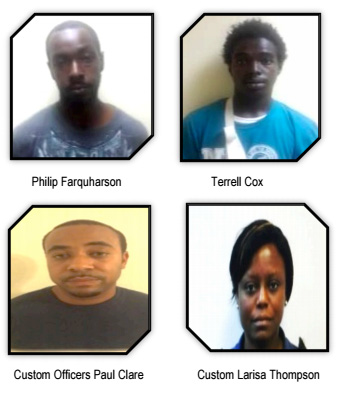 • Conspiracy to Import Firearms into the Commonwealth of The Bahamas

• 10 Counts of Possession of a Firearm with Intent to Supply

A warrant of apprehension was issued for defendant Kenyon Reheed Symonette, 32 years of #10 Frampton Court, Foxdale, who failed to appear in court.

The defendants all pleaded not guilty and were granted bail in the amount of $15,000.00 All defendants are required to sign in at a designated Police Station before 6.00pm, every Monday, Wednesday and Saturday. Additionally, the defendant Terrell Cox was placed on a curfew each night between 11:30pm and 6:30am.