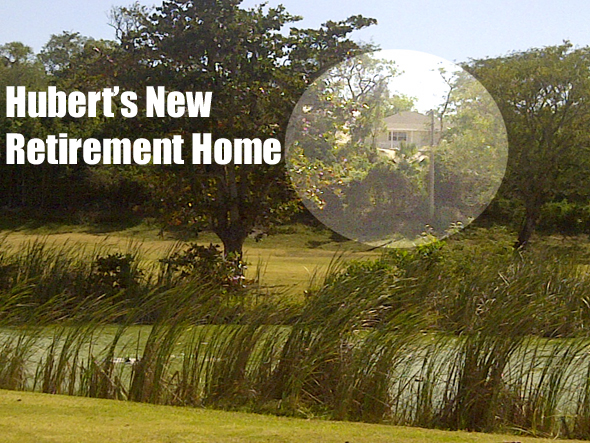 Nassau, Bahamas — Traffic police had to be called at the Kendal G. Isaacs Gym this morning as hundreds lined the hallway to collect their voter’s card.

Voters who were eager to get their cards were overheard shouting, “RING THE BELL!”

One voter called BP to say, “Today was like election day! Scores of voters, along with their unemployed family members, also registered for the big day, which could happened any day now. We cannot wait to see the backside of Papa and force him into that new home he is constructing on Stanford Drive.”

The hundreds appearing today are said to be angry at the present government’s mishandling and ‘foreignization’ policies against Bahamians. Higher taxes, crime and unemployment are said to be the major issues fanning discontent amongst thousands of voters across the country.

Meanwhile, Bahamas Press has learnt the Prime Minister’s new retirement home is allegedly being constructed by Mr. Floyd Willmott, a top henchmen and goon of the Prime Minister. Willmott was awarded numerous scandalous government contracts, some of which never went to tender.

Among others, Wilmott, many would remember, was awarded a no bid contract to renovate the Police Commissioner’s Official residence. After being caught red-handed with the no tender bid the PM’s office then announced the renovation of the police commissioner’s residence, located at the police headquarters on East Street North, will go out to a more competitive selective tender process with six construction companies – including Telco Enterprises, the originally selected contractor – Telco still ended up doing the work.

Some $8.6 million of National Insurance money was transferred to Telco Enterprises [Willmott’s Company] for the construction of the Sandilands Rehabilitation Centre, which is months behind schedule. The contract was awarded early in January 2010 – just prior to Elizabeth by-election – when the FNM dropped big money on the ground in a losing effort.

Willmott was one of the bag-men for the FNM during the failed Elizabeth ‘buy-election’.

BP MUSIC OF THE DAY…