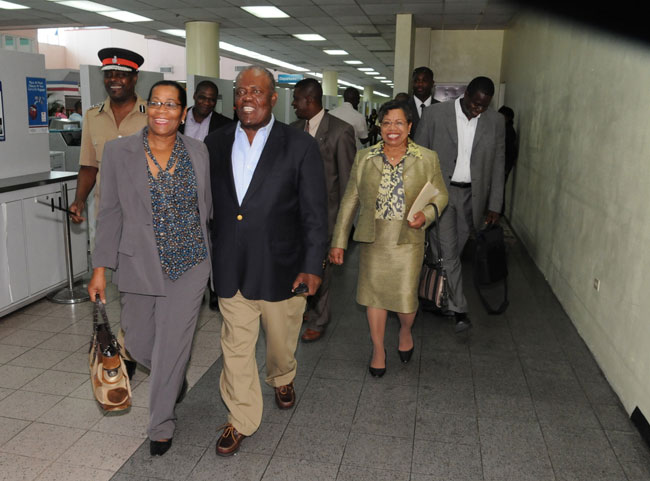 Prime Minister, the Rt. Hon. Hubert Ingraham and his wife, Deloris, left Nassau August 6 for their annual holiday. They are to return August 18. They were seen off Wednesday afternoon by Cabinet Secretary, Mrs Anita Bernard and Police Commissioner, Reginald Ferguson.