Who will find the balls to investigate Ingraham 52-week program? 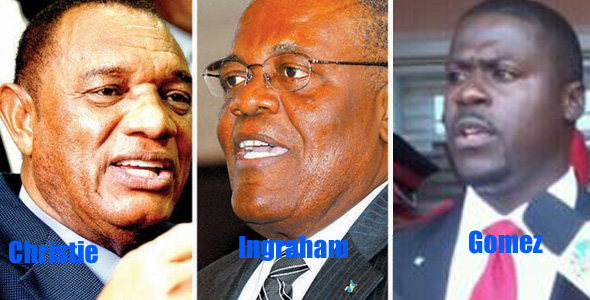 Nassau, Bahamas — Hubert Ingraham told members of the press this past week he would welcome an audit of the jobs program which would reveal – based on our own investigations – a scandalous expenditure of public money all before May 7th 2012.

BP discovered and reported this week how North Abaco candidate Greg Gomez was on the 52-week program, hired in group one at F. E. S Construction and again hired in the program in the Administrator’s office in Marsh Harbour Abaco.

The kicker though is this: Gomez, workers recalled, never showed up for work and, some add, was double dipping from the public treasury after being thrown out of the United States of America.

One resident the island told BP, “What we see with the 52 week program is rank abuse all around. Ingraham hired even government workers on the scheme along with campaign workers who never showed up for work but got paid by taxpayers for nothing. And while this happened unemployed young people who waited and applied were victimized by the former administration because they were not involved in the FNM’s campaign.”

In this report Bahamas Press is the first to release the names of some persons who worked on a family island and got government money while they worked on two and three jobs.

In fact BP investigators uncovered an even more shocking fact. Some persons who are 48 and 50 are engaged on the Job Readiness Program, which was designed for young people 30 years and under. On one island in particular a government worker, who works for the Water and Sewerage Corporation, is also paid in a second cheque via the program. UNBELIEVABLE!

Sabrina Bain, Caro Sands, Rosellda Rolle and Valdia Dean located on a list are individuals placed on the program who were all over the age and others have other jobs but got paid from the treasury.

“This is the kind of thing you get when you use something to perpetrate an election evil; crooked politicians attempting to buy an elections at the expense of the public to destroy the country,” one family island local government board member told BP.

The 52-week program was over subscribed by an excessive $23 million and abused in the most dangerous fashion by the former administration.

Bahamas Press agrees with the Christie administration to call a Parliamentary Probe and Audit on the program. We believe persons who broke the law should be called to account and explain why they abused the public trust afforded to them.

But if you know the people in power you would discover, the more things change the more they remain the same. Ain’t a damn thing ga be done!