The FNM ship is sinking.

In a state of panic, Ingraham and the FNM have released a last-minute television ad filled with last-minute lies about oil drilling and about me.  It is defamatory and I have instructed my attorneys to file suit against those who are responsible.

Here are the facts:

— There will be no oil drilling in The Bahamas under a PLP government unless there is public support for such a step.  It will not be a matter of only persuading my government or only persuading the top safety and environmental experts – oil drilling will only happen if the people of The Bahamas want it to happen. We are on the record in support of a national referendum.

We have the opposite approach – we bring people together and we only move forward when we have public support.

— Both the PLP and the FNM have issued licenses for oil exploration.  But the difference is that when the PLP granted licenses, we insisted on reputable companies whose principals had a strong record of successful oil exploration AND we insisted on the imposition of the most stringent environmental and safety conditions.   In fact, negotiations with BPC took several years to conclude, precisely because of my government’s insistence on imposing unprecedented environmental obligations. 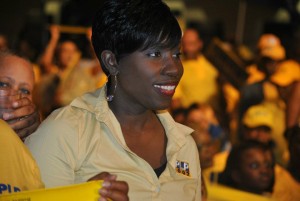 On the other hand, when the FNM granted licenses they did no such thing – zero environmental conditions were imposed and in most cases the principals of the licensed companies had little or no experience in oil exploration.

— I do not have any current consulting or legal arrangement with BPC, nor will I have any such relationship with them when I am Prime Minister.  My consultancy arrangements with Davis and Co. under which I had provided consultancy services to various clients of that firm, including BPC, were completely terminated well before the fake controversy over BPC even started.

– At no time have I ever acted improperly in relation to any matter concerning BPC and at no time have I ever received any money from BPC. They have always been well aware of my position on oil drilling, namely that no drilling would ever be allowed under an administration headed by me without the highest possible environmental and safety precautions and even then only if the Bahamian people supported it.

— BPC’s licenses for oil exploration were renewed by the FNM in 2008, 2009, 2010 and 2011.  The attorneys for the renewal of the application included Higgs & Johnson; the present FNM Attorney General was the managing partner of that firm for most of that time.

So this oil nonsense is nothing more than a last-minute invention, a fake scandal born of Mr. Ingraham’s desperation.

He is trying to change the subject, that’s all.

The real scandal is Ingraham handing monopoly control of the Nassau Container Port to a small group of insiders who have already raised fees and therefore prices.

The real scandal is that the FNM gave hundreds of millions in contracts to foreigners while Bahamians sat on the sidelines.

The real scandal is road works which are nearly $100 million over budget with no end in sight.

They have no answers for the people of The Bahamas on these issues.

So they turn to deception and distraction.

In all my years in public life, my integrity has never been questioned.  Bahamians know that I work for them.  And they know the opposite is true of the puppet Prime Minister Mr. Ingraham and the special interests who pull his strings – they know who he really is, and who he really works for.