BREAKING NEWS coming into Bahamas Press right now confirm police this morning following BP’s breaking Car Theft Ring report -between New Providence and Exuma – that that Jamaican National, believed to be at the centre of the crime ring, has been captured.

We can report the suspect went underground after police caught onto their trail. The suspect was nabbed in the Eastern part of New Providence.

He, along with two suspects out of Exuma, are expected to be charged in the theft of more than 36 Honda vehicles out of New Providence.

So far 18 have been recovered and some 6 have been returned back to the capital. Police need your help to help fight crime….. NEWS BREAKING NOW!!!

‘Catchin’ hell and calling it a good time – Bahamians are having it hard once again! 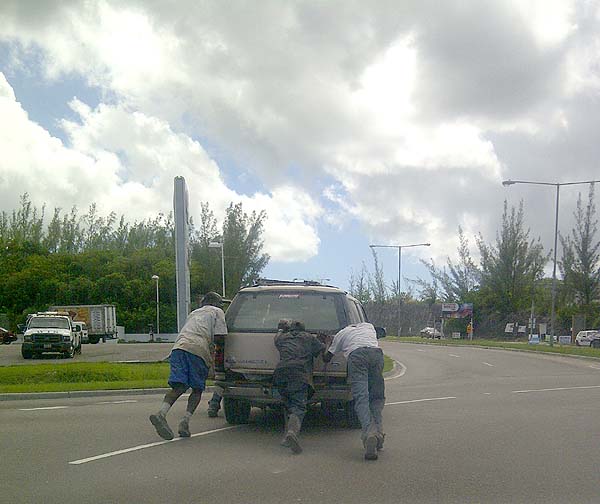 Millions spent on superhighways but yet the people cannot find gas money.

We PAPA DEM belly full but we hungry.

We report but yinner decide!