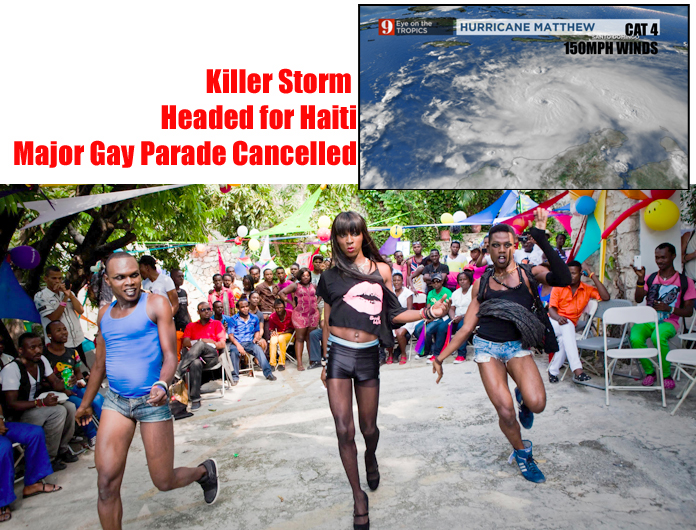 Haiti – Just days before the largest Gay Pride event was being organized in Haiti a Cat 4 killer storm developed in the Caribbean Sea and is now headed to the island packing winds of more than 150 mph.

The Gay Pride event called MassiMadi Festival was cancelled after threats were being posted against organizers.

But the biggest threat now facing the country is Hurricane Matthew, which could cause massive damage to the island nation. Haiti is known for its deadly mudslides and villages washed away in heavy rains. Matthew has plenty rain and almost sunk Barbados in water as a tropical storm.

Government Commissioner Jean Danton Leger, who banned the event, was later transferred from his position as the head of prosecutions in Port-Au-Prince to the smaller South East City of Jacmel. The transfer came after he banned the festival and threatened to arrest participants.

The gay event was to run between September 27- 29 but it looks like everyone now is lockdown in emergency meetings preparing for the killer hurricane.