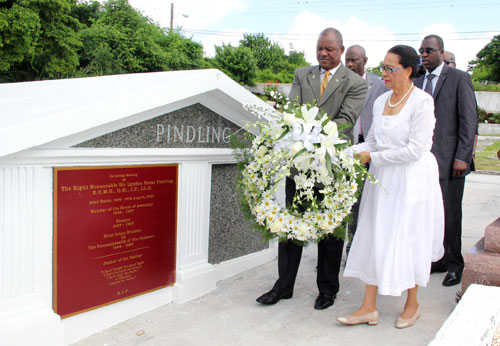 Fourteen years after his passing, Her Excellency the Governor General Dame Marguerite Pindling laid a wreath at the mausoleum of her late husband, the Right Honourable Sir Lynden Pindling, also known as the father of the nation, at St. Agnes Anglican Cemetery on Tuesday, August 26, 2014.

Minister of Foreign Affairs & Immigration the Hon. Fred Mitchell also paid his respects at the mausoleum.