Nassau, Bahamas – PLPs in the hundreds showed up for the annual Randol Fawkes Labour Day Parade in a show of force in support of workers across the country today.

The march, which began at Windsor Park on East Street, included a number of labour groups in the country.

Its interim Leader and Leader of the Opposition Hon. Philip Brave Davis who held the banner at the front of the line led PLPs all the way of the parade.

“We had the largest block of supporters in the entire parade this morning. We are the party that has defended workers to the end. We have always stood for workers. We were the team who settled all except one of the many industrial disputes we met on the table back in 2012. And we are the team that has always defended the rights of workers in this country. Today I am not surprised by our massive show of support for this event,” a PLP supporter told BP.

A number of workers have been terminated across the country since the General Elections and a proposal to terminate the contracts of some five thousands workers is being discussed in the Minnis Government. Who will stand up for dem?! 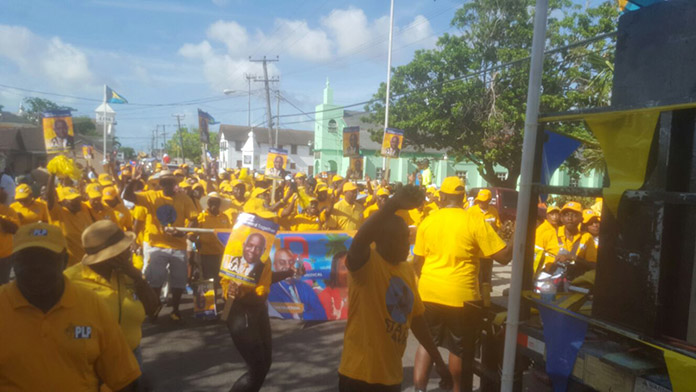 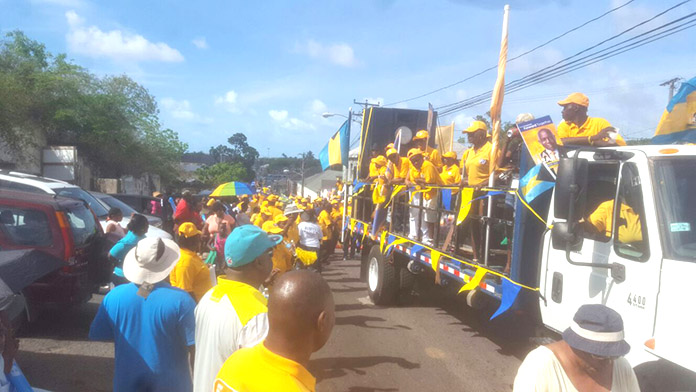 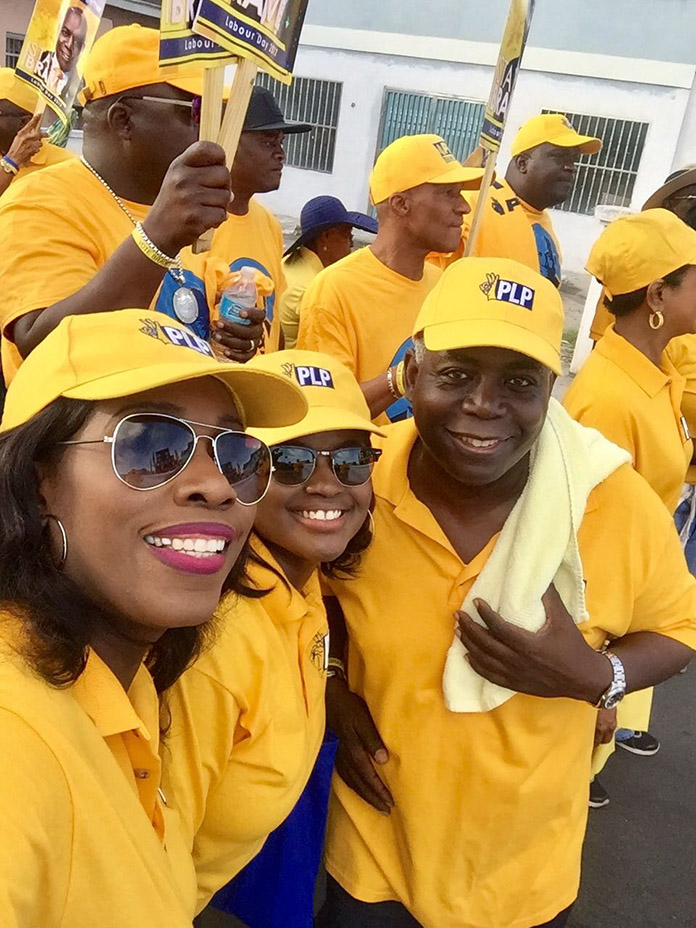 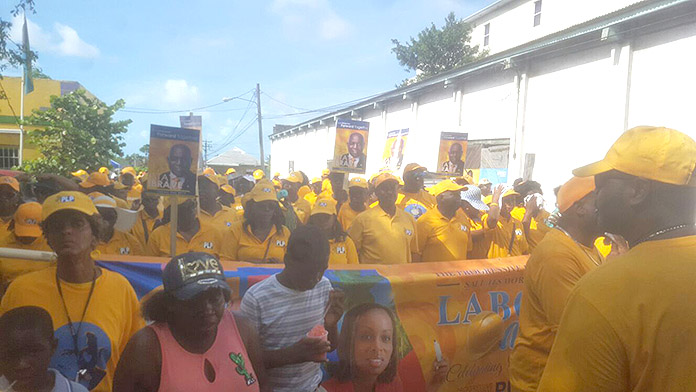