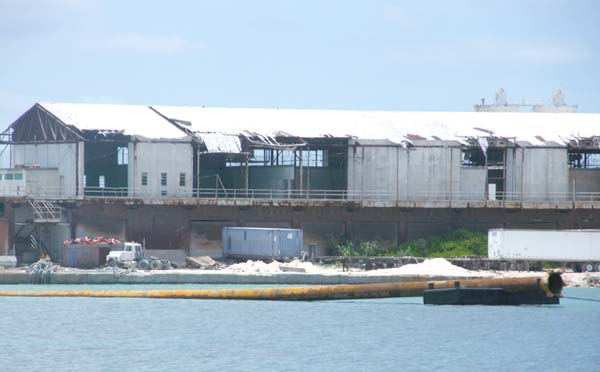 LETTER TO THE EDITOR

However, it was evident from the onset that the town meeting was poorly planned and poorly executed. Many of the presentations were totally irrelevant to the sentiments being expressed in the local media and daily Bahamian dialogue and discussions. The size of the room was very inappropriate and it only infuriated the already skeptic audience who were barely able to squeeze themselves into the little, “hot” room. Was it intentional, poor planning, or a tactical blunder? In any event, it gave the impression that it was purposely done that way to limit the public’s attendance and participation.

Based on observation, and listening to many commenting in the ebullient audience, it appears as if the seats were filled early with government officials, their supporters, media personnel, and numerous presenters with no support to the main critical contentious issue that the public came seeking information on principally; the container port relocation.

It is not the Nassau Harbour Port Improvement Project that the public has an issue with. Bahamians know that this dredging must be done as it is required for this country not only to compete, but also to protect our cruise ship superiority and keep in sync with the changes in the industry. No disrespect intended but the minister of tourism and the present director general of tourism and aviation along with a few others should not have been on this program, but at a separate town meeting for themselves.

Their valuable, expensive time, which the Bahamian people pay them extremely well for, could have been spent on more productive matters, like ensuring that all of the Bahamian people’s money that is being spent on Miss Universe Pageant brings back some return as a future investment for the country, as well as getting more tourists back into this country. A job, which they have mastered in selling to the politicians but not to the tourists.

Unfortunately, they did nothing but “window dress” their presentation and killed precious time off the clock in order to divert attention from the real purpose, which the majority of the Bahamian people came to the so-called ‘town meeting’ for.

The director of BEST, who knows better and is well aware that the Bahamian people know that it takes longer than five to 10 minutes to present an Environmental Impact Assessment (EIA), especially one that is under so much public scrutiny, decided to give a watered down presentation on core issues that concern the Bahamian people.

The project proposal and strategy ought to have been outlined in layman’s language for all to understand. But at this stage of this project – which equates to project implementation – it is truly criminal to come to the public, now that the people’s resistance accelerated due to lack of information, and present a story created through an EIA when mobilization is already completed, and project execution is in progress.

Any sensible, thinking Bahamians can only conclude that they were not considered stakeholders in this venture. If the Bahamian people were given any respectable consideration and had the opportunity to address many concerns in the public forum, this project would have been met with far less resistance and a lot of questions would have been appropriately addressed.

The activists have a right to demonstrate and voice their concerns even though there are preferred ways to remain respectful while accomplishing your purpose without politicizing the issue. The government has already showed its hand and the project is moving forward.

The voices of the many Bahamians are not being respected, and their questions and concerns are not being addressed, as the move appears to be a political agenda with an untoward motive. The motive also seems to be one of appeasement or payback rather than substantive dialogue to reveal the truth and do what is in the best interest of all and not just a few.

Unfortunately and sadly, it appears that we cannot leave politics out of anything in this country because our politicians seem to become ‘the experts’ once elected and ignore the real experts who tell them where development should take place, and how to proceed to mitigate any negative impacts.

If the government can proceed with these projects in such a manner, it is then evidently clear that it can exercise the impetus should it choose to do so to ensure that the jitneys be moved immediately off Bay Street, the Straw Market is finished, the educational system improved, adequate medicine is in the hospital, and every street light is working. Clearly the government knows how and when to take action when it determines a matter to be of grave national import.

If the people of The Bahamas do not want these projects, they know what to do. There are many shining human examples from around the world that show how people were able to stop projects that appear to be designed for the satisfaction of a few.