Back on November 23, 2009 a The Tribune’s website quoted Mr. Laing regarding The Bahamas Government’s recent debt issue of a $300 million sovereign bond.

The minister of state for finance is quoted as saying: “Our level of foreign currency debt is less than 10 percent of our GDP. There is no objective analyst in the world who would regard this as problematic.

The Bahamas stands as unique in that regard — that low level of foreign currency indebtedness. Our indebtedness, as a ratio of debt-to-GDP, remains a far cry from many in the developing world.

There was also the obligatory comment that the government is borrowing in US$ so they don’t crowd out private sector B$ borrowers.

All these comments reflect omniscience of the anointed, but I suggest they are intended to allay widespread concern that the government has lost its way where our fiscal policy is concerned. 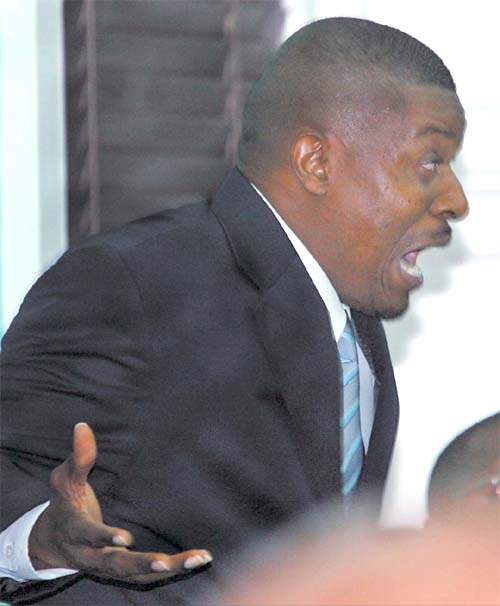 Now I know we are facing a huge world wide recession and I’m glad it’s Mr. Laing and his colleagues that have to face the economic problems the country faces and not me, but had they not burdened the Bahamian people with such a vast government bureaucracy in the first place, these drastic measures might not be necessary.

Finally, government debt is debt, whether in US$ or B$ and becomes the responsibility of every Bahamian, so it really doesn’t matter if The Bahamas is “unique” when compared to “many (countries) in the developing world”.

With a national debt fast approaching $4 billion and over 50 percent of GDP — a GDP that is shrinking in this economic environment by the way — cute statistics will do nothing to help Bahamians that will be burdened with either a higher tax rate, a devalued currency, or both in the years ahead.

And where will today’s parliamentarians (both PLP and FNM as they are equally culpable) be? Collecting their pensions from the public trough of course.