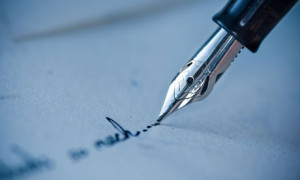 I do not see myself voting for the fnm or the PLP anytime soon; however, I have been hearing some rumblings in the air, for some time now that Hubert Ingraham is coming back to challenge for fnm leadership.

Any one with an ounce of sense will never support Ingraham again; he’s a political parasite.

He lied to Bahamians saying he only wanted 2 terms; after his bad governance in 2002, after seeing the handwriting on the wall, he cowardly backed out leaving Tommy T, and Dion Foulkes to take the rap for the 2002 defeat of the fnm by the plp.

Like Benedict Arnold he betrayed his people. He snaked his way back leading up to the 2007 elections, stole the leadership at convention; the rest is history.

This man has no shame, no love for Bahamians, and no credibility. He told fnm’s he will leave them the way he met them; leaderless! He’s a mean spirited selfish man. Who can forget the contempt, distain, and arrogancy he demonstrated towards Bahamians between 2007 through 2012?

He arrogantly sold BTC the peoples assets and its infrastructure to Cable and Wireless; at a firesale price; that’s why he and his MP’s got their pants beat off by the plp in the 2012 election. The people has not forgotten Mr Ingraham; this is a Democracy, therefore no one can stop you if you are low enough to come back at the last night of the next fnm convention.

I warn you that you and whosoever u bring on your ticket, Duane Sands or whoever; will get your pants beat off. Although you may have a few senseless, blind loyalist; bahamians are not stupid, you ger get ur things.

Loretta will beat Sands so bad; he will need a good cardiovascular surgeon like himself.