A letter to the BP EDITOR! 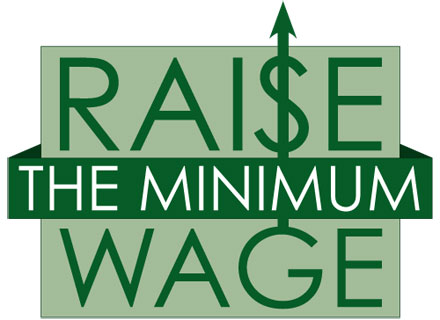 GDP has always been an indicator of our so-called “wealth” and “progress”, however GDP ignores the economic and social welfare of our people and important environmental aspects of our national welfare and future well-being.

GDP focuses on growth — but doesn’t care if growth is shared or held by a few. The growth of GDP has not delivered real progress for average Bahamians and we need to look to other indicators to support our community’s social progress.

We are on a precipice. Household debt is much too high, and the number of families and children living in poverty is growing. Families are taking in their relatives who are no longer able to afford rent. Stress levels are increasing. People are hungry and those community and church organizations who operate food banks are struggling to cope. People are in crisis, and have been for some time. The middle class in our country has been decimated and the inequity in terms of ownership of our country’s wealth and income is frightening.

Wages have flatlined or decreased, the cost of living has soared, and everything is more expensive: childcare, energy, clothes, food and transport.
There are growing numbers of Bahamians seeking financial assistance from the Government; hardworking Bahamians who have had a job all their lives and supported their families now find themselves in desperate need. There is a growing gulf between those who are struggling and those who are maintaining or improving their standard of living. It is not only economically unsound but grossly unjust. This is not the way capitalism is meant to work… The division of spoils has reached a level that, if unaddressed, threatens to be dangerously destabilising, socially and politically. The struggle is real.

We did not get here overnight as those opposed to Christie’s PLP government would have us believe. It is my considered view that this decline began in the mid-90s when the most empowering policy(The Bahamianisation Policy) ever embraced by any government in the history of our country, was recklessly abandoned for what we came to know as “trickle down economics.” Things have not been the same since for the middle class or the masses!

The Bahamianisation policy was substantially empowerment based, with an affirmative action enabler. Trickle down economics involved empowering the rich in the hopes that something trickled down to us ‘club members.’ Economic apartheid may be a more apt description.

The fact of the matter folks, is that wealth inequality in The Bahamas is the worst it has probably ever been. And you have to applaud PM Christie for taking ownership of what confronts us and setting a course toward reformation.

Today we have people who have previously been employed full time desperate even to get part-time work. The minimum wage is $3.75 per hour(Government pays its employees $5.25).

The merchant class and their high priced lobbyists continue to preach, falsely I must ad, that an increase in the minimum wage will result in an increase in unemployment and even business failures. It is as though, they are threatening the government: “if you increase the minimum wage, we will fire people or close down.” These guys are really enemies of the poor, and a selfish bunch and it is instructive for us to know that for the most part these are the same people who are pushing back on the government’s attempt to bring some order to the immigration mess. You no longer have to wonder why. I will tell you: immigrant labor is cheaper! It doesn’t matter to them that with such cheap labor, comes environmental and other social concerns, because for the most part they don’t live amongst us.

Raising the minimum wage not only increases consumer demand but also leads to increased business efficiency and productivity by reducing employee turnover and its associated training costs.

The weight of economic research shows higher pay doesn’t lead to fewer jobs. In fact, it is my belief, and it is supported by economic research, that a minimum-wage increase could have a small stimulative effect on the economy as low-wage workers spend their additional earnings.

We must ask ourselves do we want to live in a society where the poorest working people cannot afford to purchase basic necessities. Or, put differently, should a business that cannot afford to pay its workers enough to survive be allowed to exist, grow and prosper? Just like in the past when society decided that it was no longer acceptable to employ child labour, pay women too little, or allow dangerous work conditions, this is just one more decision on that path.

In other words the people’s taxes are underwriting the failure of local business to pay a living wage. Creating a living wage makes the entire character of the economy change. As people make more money, they spend more, they pay more in taxes and they no longer need financial assistance.
Rather than one well-paying, full-time job with benefits, many Bahamians are cobbling together a patchwork of low-paying, part-time positions, often being provided with no benefits, and working themselves into the grave to do it.

Three generations of a family living together are becoming commonplace, and often only one individual has work, with families reduced to deciding between electricity, food or medicine. As long as an adult in The Bahamas is working a full-time job, yet can’t eat, pay the rent or utilities and clothe themselves, we are failing as a society and our government is failing us.

When workers prosper, so do communities and businesses. Fair wages are essential to the common good of society, and our leaders should not hesitate in ensuring those who are struggling in this climate must have the opportunity to earn a living wage. There are strong economic reasons for a “living wage” — and there are even stronger moral ones.

We should not be proud that we live in a country where so many of our full-time workers struggle to meet their basic needs. Employers exploiting workers at wages so low as to be incapable of meeting the bare cost of living is not only detrimental to the health and well-being of workers, but is unjust and unfair and, unless dealt with, that unfairness will build tensions and frictions that will bring our society to a breaking point.

A strong and healthy society is one where everyone feels appreciated and fairly remunerated. A living wage would benefit us all in creating a stronger and happier country. Many view the living wage question as being more a political than an economic issue; however, it is ultimately about the sort of society people want to live in. With the income gap widening, and an increasing number of Bahamians failing to make ends meet, the Government must listen to the concerns of the people and move towards introducing a living wage. Failure to do so will see our society continue to struggle and its social fabric break down.
As for me, I not only see this as a racial justice issue for black Bahamians who, due to the legacy of slavery, segregation and post-segregation discrimination and prejudice, are disproportionately represented in the lower-paying jobs in our society, but I also see the introduction of a living wage as a social justice issue for all, in particular women who are predominantly the head of single-parent households, and the elderly who represent a high number of those living in poverty.

I believe in the dignity of labour. Those who work should have enough money to eat, live comfortably and enjoy time off. I argue that there is a moral and economic imperative in instituting a living wage.

I have every confidence, that the Hon. D. Shane Gibson will cause there to be in the shortest possible time an increase in the minimum wage, for he certainly knows that it is the right thing to do. We cannot afford to bow to that ‘not now’ gang ever again, not ever.

Minister, may I suggest that the minimum wage, effective July 1 2016 be established at say 50% of our per capita GDP and there be a National Insurance holiday for all persons at the minimum wage level. Also, I wish to suggest that we remove the ceiling on which National Insurance is paid. One year, in my view is more than sufficient notice for employers to prepare themselves.

We cannot afford to, neither should it be in our character to leave one Bahamian behind.