Nassau, Bahamas –-Another man is murder victim number 101. He was found dead in the Pinewood Gardens community yesterday morning around 9am. 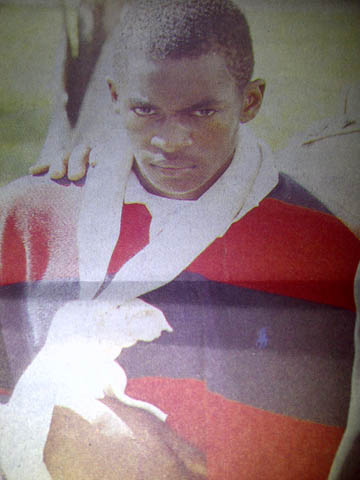 Police were called to the scene near the Southern Dreams Community where they found the bullet-riddled body of the victim face down with gunshot wounds to the upper body.

The victim is believed to have to have died 12 hours earlier.

We cannot identify the victim at this time and police are appealing for public assistance.

According to reports the victim was wearing an ankle bracelet.  What is this?

Meanwhile an 18-year-old did his “Bank Lane Shuffle” at the Nassau Street court complex yesterday and was charged in that shooting death of 76-year-old, Viola Smith.

Smith, you would remember, was sleeping comfortably when gunshots rang out as the suspect allegedly chased her grandson into the home. Multiple gunshots were fired and Ms. Smith was washed in blood and died instantly.