Nassau, Bahamas — Following claims this afternoon by Branville McCartney, popular talk show host Steve McKinney is coming back at the DNA and is calling Branville a LIAR.

Today in a special interview with “paid” Love 97FNM reporters, McCartney told the press McKinney was angry with the organization after being rejected by the Candidate’s Committee.

Contrary to this report however, McKinney produced for Bahamas Press a letter confirming his candidacy in the DNA in a letter dated June 14th, 2011 signed by the DNA leader.

In the letter attached below, McCartney wrote : The Candidate’s Committee of the Democratic National Alliance has directed me to advise you of their unanimous approval of your candidacy in the community of Fort Charlotte. We are indeed pleased to have you as part of the DNA and we are sure that you will be instrumental in carrying out the mission of our party and that is to ensure that the needs and aspirations of the Bahamas People…”

The DNA has become the latest FLIP FLOP FOOL FLAM PARTY to hit front-line politics in the country. Last month the organization revealed that it fired its South Beach candidate Sammie Starr claiming that he failed to do work as required by the organization. However, Starr refuted the claims stating, “I was one of the first named candidates for the party and was 100% loyal to the success of the party and endured an enormous amount of scrutiny for doing so. So as one would expect, this was indeed very disappointing, disheartening and of course NOT TRUE.”

Yesterday McKinney reported on his popular show a DNA-FNM Coalition in the making, and that that is what he discovered in the ranks of the organization. McKinney stated, “When something comes at you and nags at your mind you must investigate! I did my investigations, and to be plain and simple, it aided me in my decision to not fool around at this particular time with the company I had been expecting to and looked forward to being a part of. However, should I be provoked to disclose, oh, I will do so without hesitation.” 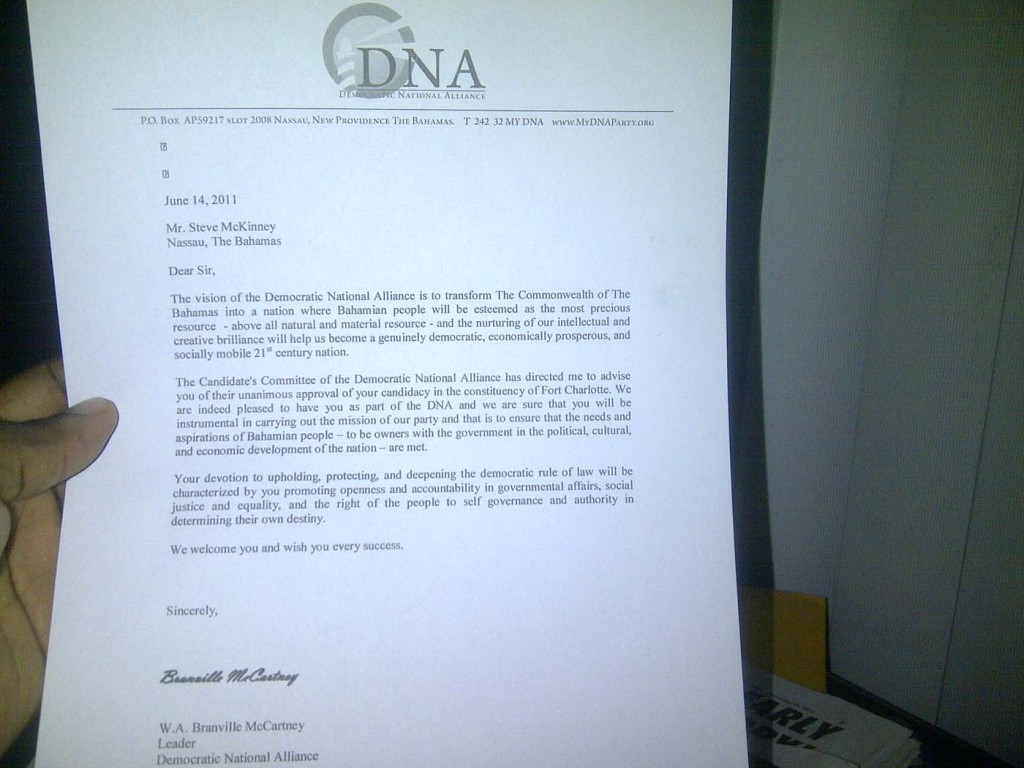