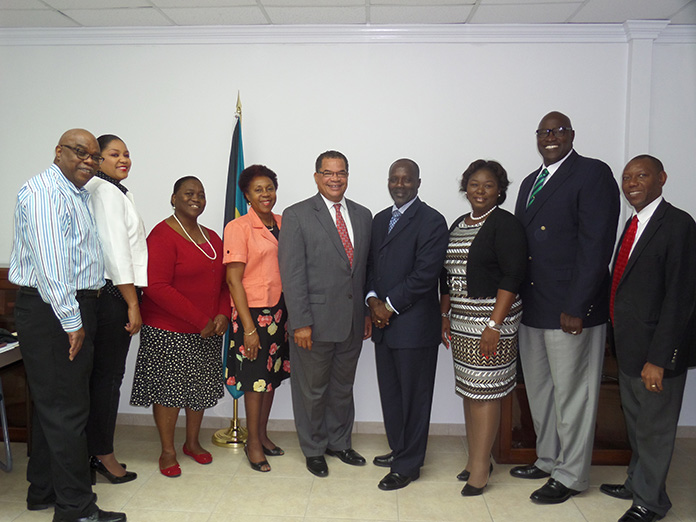 The Minister of Labour, Senator the Hon. Dion Foulkes met with executives of The Bahamas Public Services Union (BPSU) at his office at the Ministry of Labour on Shirley and Charlotte Streets on Thursday, 2 November 2017.

Minister Foulkes and the union executives discussed a wide range of issues ranging from agency shop, the union’s medical plan and housing for its members.