Nassau, Bahamas — BP is once again following the delusional outgoing Prime Minister who cannot carry out his work these days.

After refusing to sit and speak with the Customs and Immigration workers of the country, the PM went to the press and lied about what the demands were for the workers who sit under his ministry.

Now get this, his comments could not be further from the truth.

Bahamas Press today present documents for public record, showing a communication between the Minister of Labour, Dion Foulkes and the Prime Minister on the matters arising between the Customs and Immigration department and the Government.

The issues are varied and clear. How the PM didn’t see this is beyond us. BP shares the document between the Minister and the PM dated January 31, 2012 below . 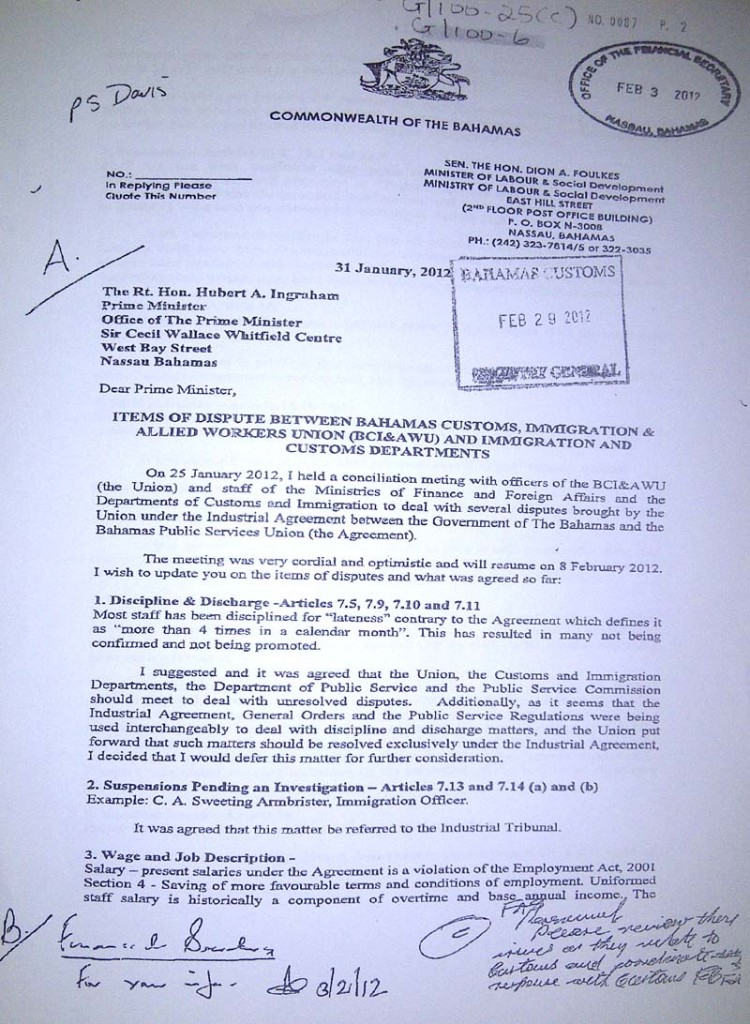 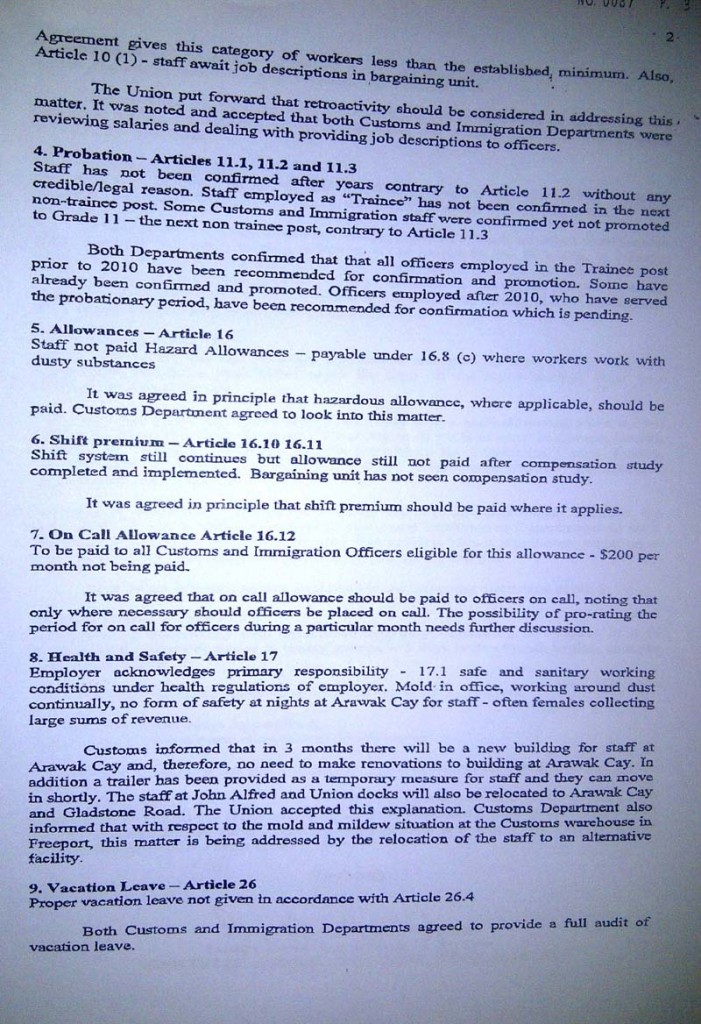 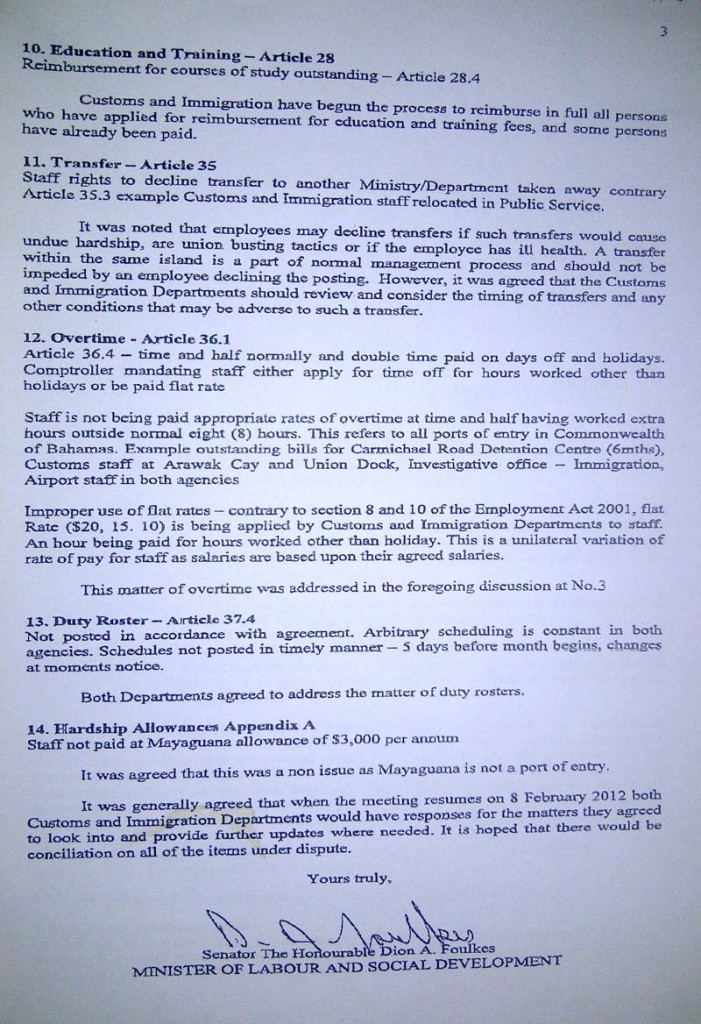