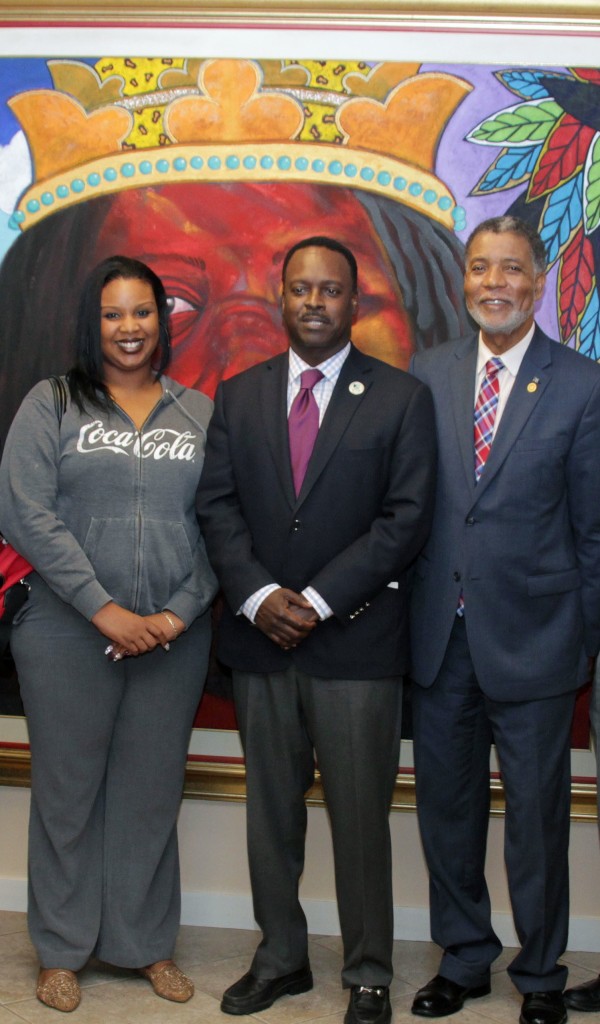 NASSAU, The Bahamas — The Hon. Dr. Daniel Johnson, seated right, Minister of Youth, Sports and Culture, congratulated and thanked sponsors of the 2015 Boxing Day Junkanoo Parade and 2016 New Year’s Day Junkanoo Parade for their interest and investment over the years and into the future, during a press conference held at the Ministry on Monday, December 21.

Wishing the companies, their staff, and the country a Merry Christmas the Minister announced Bahamas Telecommunications Company Ltd. (BTC) as the title sponsor, and Coca Cola as a major sponsor for the third straight year. Pictured seated left is CEO of BTC Leon Williams.