What lie will they come up with next for the people of Grand Bahamas? 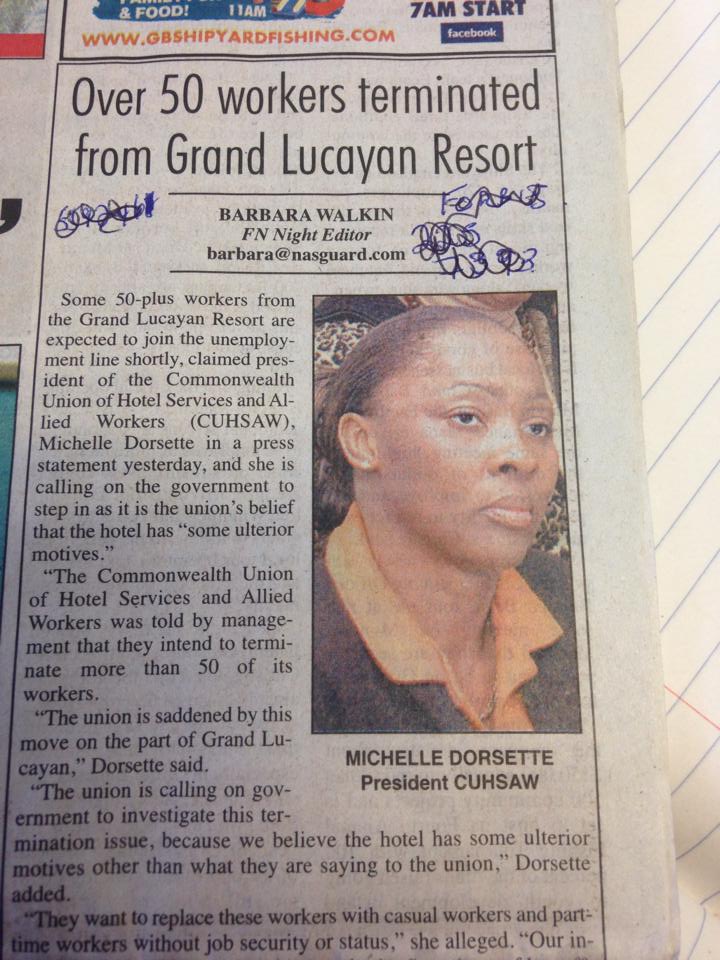 More workers joining the UNEMPLOYMENT lines on Grand Bahama despite what politicians claim!

Freeport GB –– Just when Christie was assuring the nation last week that Grand Bahamians were headed back to work, more workers at the troubled Grand Lucayan Resort were headed to the unemployment lines.

And while the Memories hotel cannot officially open on GB, its sister operation will let go 50 workers, according to morning dailies.

Now in case you don’t know, Grand Lucayan Resort and its sister operation Memories are owned by the same people but operate as different brands. This would be like Atlantis Royal Towers separate from the other brands.

You would remember how the people who are now selling dreams in the Christie Regime, particularly Obie Wilchcombe dem, said Memories will employ some 1,000 Bahamians with the SunWing Group that would send Grand Bahama into a new direction.

Now the truth is being spoken and the reality of the situation on that island is becoming known.

All we at BP say is this: Keep praying for Grand Bahama!