Gaming Board Secretary sent home for the next five weeks…BP is reporting as the massacre against Bahamians continue! 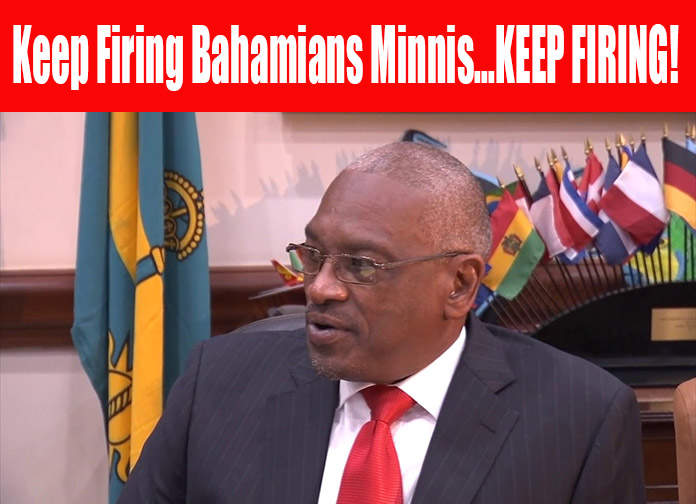 Nassau, Bahamas – Living up to its commitment to fire more than 5,500 Bahamians the Minnis Regime fired and sent home packing more of its own supporters today. It’s the People TIME!

BP sources deep in the Cabinet Room have now confirmed more workers at the Bahamas Agricultural and Industrial Corporation BAIC were sent home this morning. You would remember BAIC was at the center of the Witch-hunt that started just before the elections where staffers were arrested and detained overnight then released having committed no wrong.

Some 75% of the contract workers sent home supported the Minnis Government election and today they could not believe what was being delivered on dem!

When BP arrived to get commentary – as the WUTLESS MEDIA was avoiding the news – we were told by one person collecting their pink slip, “….this is what dey doing to Bahamians? Dey firing us and issuing more work permits? This is not da damn people time…and I have had enough!”

BP has also learned from news just coming in that that Gaming Board Executive Secretary Mr. Verdant R. Scott has been sent home on a five-week leave. He, we understand, be axed down as like a tree by the Minnis Regime, which has turned on Bahamians.