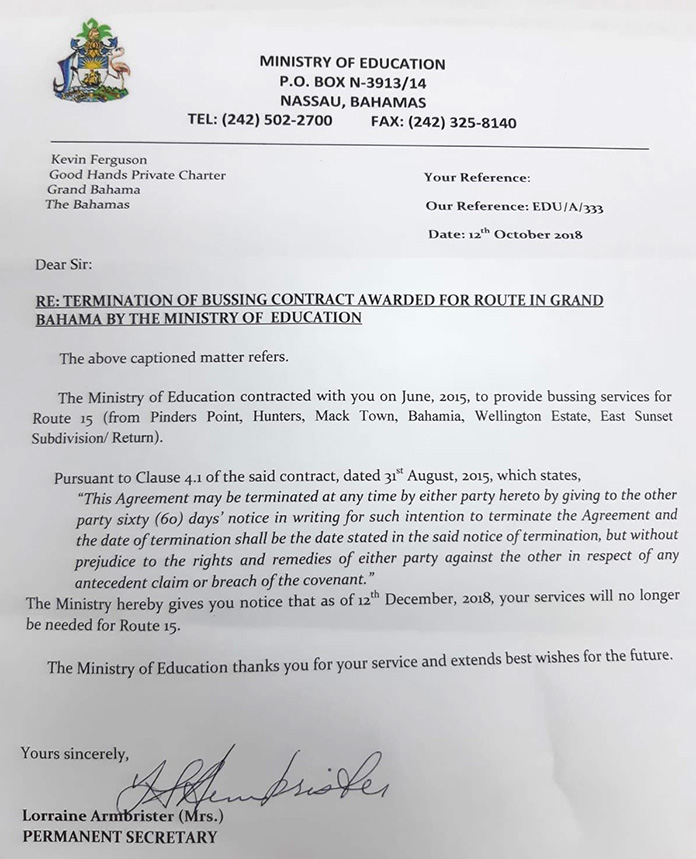 Nassau – With the hardship already unfolding on Grand Bahama island, victimization is still alive and well under this criminally corrupt FNM Minnis-led Government.

Just this week more school bus drivers were issued letters terminating their services for this coming December. Just in time for the holidays.

Just a few months ago bus drivers on Eleuthera confirmed how they were not being paid and launched a one-day ‘STOP DA BUS’ protest to call attention to the deteriorating conditions regarding payment between government and school bus operators.

While the wutless Minnis-led FNM could find $50 million for an insurance vendor, $200 million for a bank, millions more to lease a building from Brent and another $65 million for a hotel that cannot open; the suffering against the poor is on the rise; no uniforms for kids; no social assistance for the poor. No meds, no beds and dialysis patients cannot access treatment. One must wonder whose people’s time it really is.