Local inspector lied to education and Minister has misled Parliament! 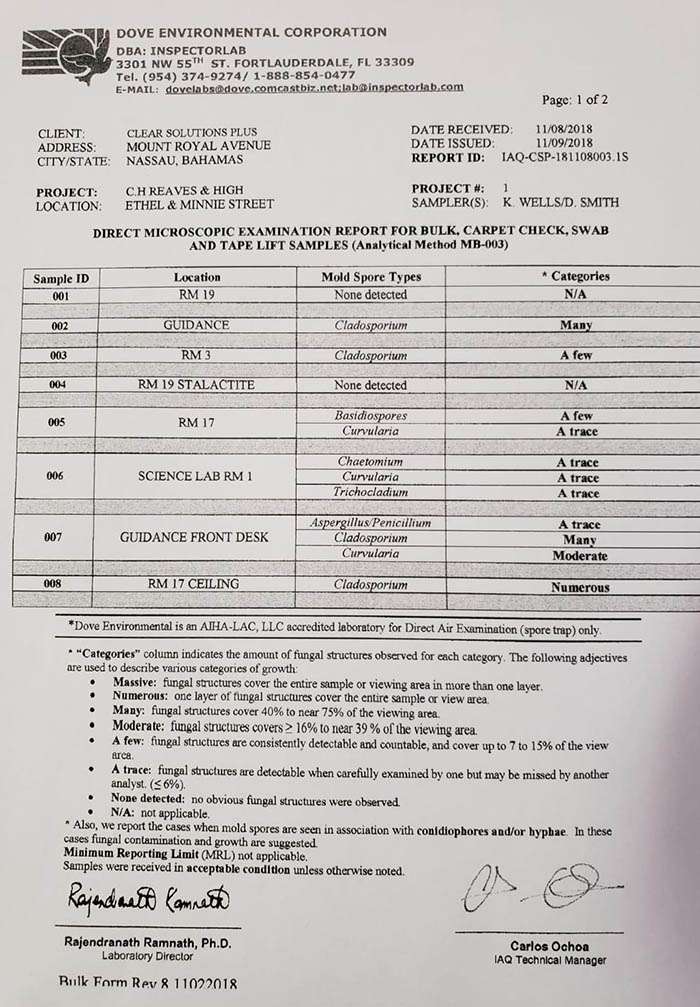 Nassau – Serious and dangerous mould infestations have been identified at the C. H. Reeves School off Robinson Road that could force teachers to sit out for a third week.

When BP broke the story just a week ago, teachers had already sat out of classroom for a week which forced Ministry of Education Minister to make a statement in Parliament.

Jeffery Lloyd misled Parliament when he claimed that the school was indeed safe and ready for students to return to the classrooms. But an investigation by the Teachers, with outside international help from experts, has found dangerous and serious levels of mould at the C. H. Reeves School [reports attached].

But we know this is not the end. At Centreville House where a number of Government agencies are represented, mould is visible all around the walls and roof inside the enclosed building. In ZNS the mould is so bad the building has a scent [ and we don’t mean the dead rat scent either]. And even at the PHA Building where health professionals gather on a daily basis the condition of mould is killing Bahamians.

What we ga do – keep killing Bahamians? Or fix the problem?