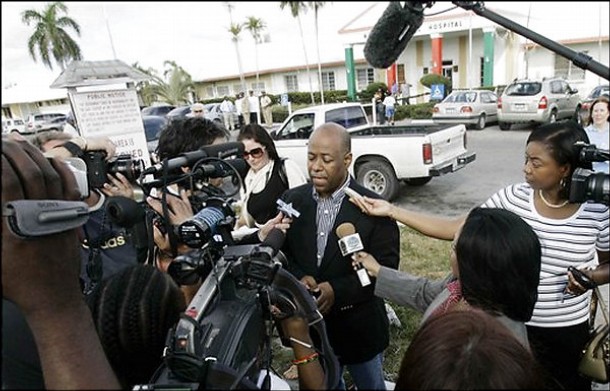 <<< Obie ‘SNITCH’ Wilchcombe announced his intent to become the deputy leader of the PLP. Boy they desperate nah!

Nassau, Bahamas — Obie ‘SNITCH’ Wilchcombe was doing this week what he does best, ratting to the press news inside the Progressive Liberal Party. This week he decided to move his pink looking slippery lips to announce his decision to run for the deputy leader post in the Party.

News coming out of Grand Bahama confirms Wilchcombe will announce his intent to run on September 4th, in the ballroom of the Our Lucaya Resort.  Wilchcombe has declared his intent on running and therefore he must be prepared to take the heat from our political kitchen.

‘VELL BLOW ME DOWN’! Could you imagine what the PLP would look like with a ‘Pussy Cat’ and a ‘SNITCH’ as the number one and two heading the organization? Heckle and Jeckle? Barney and Clyde? DUMB AND DUMBER? Batman and Robber?

If such a cataclysmic event was to take place in the PLP we believe it would be something astronomers around the world should study and descend on these island to begin immediate research on this newly formed asteroid. The thought of Christie and Wilchcombe leading the PLP will be the creation of no ‘New Jerusalem’, but rather, a manifestation of HELL ON EARTH! Particularly for all human beings.

Wilchcombe you would remember is the man US media reports described as having caused a Senator to walk the ‘Bank Lane Shuffle’. They credited him to having orchestrated the conspiracy to extort millions from the Travolta family after the death of their son Jett.

On January 29th when the whole investigation began, global reports quoted Senior Assistant Commissioner Marvin Dames who confirmed that Wilchcombe was under investigation, along with EMT, Tarino Lightbourne, on extortion conspiracy charges. Former Senator Pleasant Bridgewater and lightbourne was formally charged with conspiracy to extort.

Wilchcombe you would also remember had some questionable dealings at the Ministry of Tourism. Obie without ANY CABINET APPROVAL spent $1 million! $1 MILLION!!! Tourism has some sticky fingers and seems to never know how to account the People’s money!

Readers would also remember both Wilchcombe and Bridgewater opened a warehouse constructed by Associated Groceries Ltd. on Grand Bahama. You would remember how the ‘Snitch’ and his sidekick business partner and legal advisor opened the facility just days before the Travolta ordeal. The business, which is under a lease agreement, was named Universal Distributors. 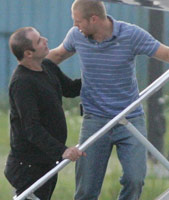 We wonder if any member of the WUTLESS MEDIA has taken the time to come up to speed on what is happening with the company now operated by Wilchcombe? BP firstly got a tip from a former employee of the company who confirmed to us that the operators owe staff tons in unpaid salaries.

But BP just cannot go on hearsay, and so we scaled the walls at the National Insurance Board and guess what we discovered? Wilchcombe Company owes NIB thousands in unpaid taxes. You mean to tell us the man isn’t out the gate good and he already has sticky fingers?

We also discovered since the warehouse opened one of the partner’s bank accounts was frozen, therefore staff was shed and others salaries were cut. And that’s not all!

BP now understands the lease agreement on the building is two steps from being canceled by the owner.

To the ‘Snitch’: This is just the beginning of many things to come. We haven’t touch the SCANDALS involving Bahamasair and the bleachers. Save yourself the global/national embarrassment, and get out of the race. Please spare us another international embarrassment! Oh and please of GOODNESS SAKE, STOP BEING A SNITCH! 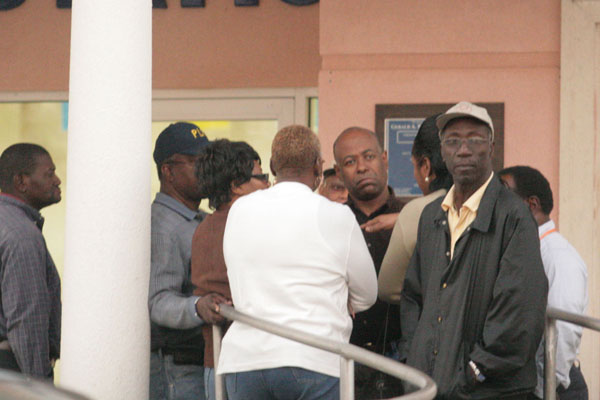 Wilchcombe outside police headquarters just after being questioned by police in the Travoltas extortion investigation.