Victim Ricardo Bonaby was on bail for murder! 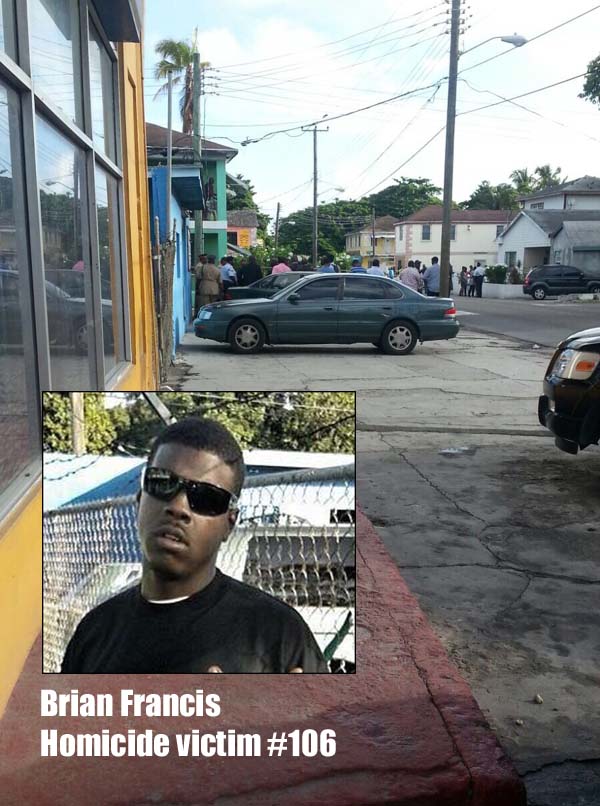 Nassau, Bahamas –Breaking News coming into Bahamas Press at this hour confirms we have another fatal shooting on the streets of the capital.

BP has already identified the victim to be, Ricardo Bonaby, AKA “Roberto” BOW. He, you would remember, was recently held by police in connection to the murder of a BTC employee at a breakfast stand in Oakes Field some weeks ago.

He is the boyfriend of FOAM President Ms. Gibson, who was also detained in that investigation. Bow was wearing an ankle bracelet.

We can tell you the fatal shooting occurred just east of the Sadie Curtis Primary School off the Charles Saunders Highway while children once again made their way to school.

Also POLICE are seeking the public’s help in locating 24 – year old Mark Mckenzie of Worrick
Terrace, who is wanted for questioning in connection with a recent murder.

McKenzie is described as a dark male, slim build, about 5’ 3” in height.