Someone in the Christie Government better start thinking FAST! Cause from what I see VAT ga soon be WAP!

>>> HOW COULD YOU WANT TO TAX ME AND NOT HIM? YINNER EVER SEE ANY CRAP LIKE DIS? If someone don’t start talking fast and get the right people to explain vat – the popularity of the PLP would be like that of George Bush and Hubert Ingraham – GONE WITH THE WIND!

Devastation all around – Well not according to Hubert Ingraham!

A BP UPDATE >>> If Hubert Ingraham was Prime Minister of the Philippines what would he have told the International Press? “There’s no place in the Philippines that’s devastated — anywhere,” – But some people call that leadership – YEAH RIGHT!

I wonder if police found any new dead bodies in the Clifton Bay lately? – THE TWO COCK BLOCKERS ARE BACK! 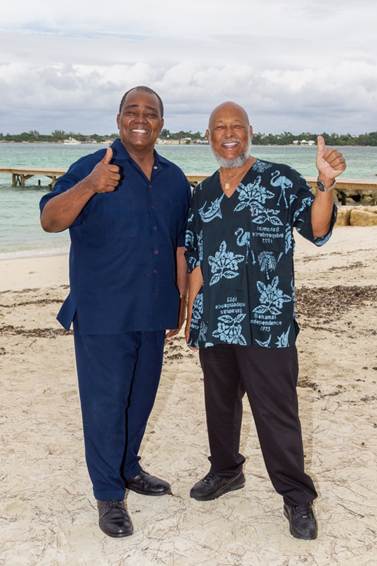 The two COCK Blockers are back and this time they are on Jaws Beach – the Bahamian owned beach they seek to give to “some group” which has ties and a love for the book “GONE WITH THE WIND”! Imagine that – We saved Clifton for the Bahamian people and these two want to give it to some hate organization. – BP SAYS “BLOCK THE COCK BLOCKERS WHO ARE AGAINST ANYTHING DONE BY THE NEW GOVERNMENT”! And please tell the TWO COCK BLOCKERS – let’s find out why people shows up dead in the CLIFTON BAY!!! Let’s start there! Do that and you may get BP to point you in some interesting areas…

Someone spread the lie that Bahamians don’t want to work – Well what ya call dis?

For those who make the claim that Bahamians are lazy and don’t want to work – Check out this scene on Baha Mar construction site right now….Chinese in the middle of the day sleeping on the job… Looks like Laziness is Global!

“JACKASS … Sit down and let me show you how to run a country!”

Unlike Hubert ingraham’s dictatorship style, Perry Christie is traveling out of London today and is headed to Colombo, Sri Lanka, and not only his Cabinet of the Bahamas sat on Tuesday, but The Parliament is in full session all day Wednesday. The government of the Bahamas is functioning. Could someone please tell the dictator Ingraham don’t come back – We are moving forward!
To follow Bahamas Press on facebook CLICK TO FOLLOWING LINK >>> https://www.facebook.com/profile.php?id=1134897120