Nassau, Bahamas — Bahamas press wonders why people like those in the DNA do everything the FNM does to pacify their same ‘special interest’ groups.

This week former FNM now DNA candidate for Montaqu, Ben Albury lead a group with former FNM and paid goon for Papa, Rodney Moncur to the leader of the opposition’s office in a protest.

Now get this: Papa say he isn’t approving no oil to clear the exploding national debt cause he wants proper laws to be in place to regulate the drilling exercise.

And he is mad at hell that Mr. Christie will soon deliver Bahamas an oil market when he returns to office. This would result in thousands of new jobs and a huge investment opportunity for Bahamians – the likes never ever seen in the Bahamas!

In 2006 the Christie government approved a license for oil exploration in the Bahamas. Oil is not in Cuba the same area near the Bahamas where explorers seek permission.

If you read the March 15th, 2012 edition of the Tribune, Earl Deveaux’s Ministry listed several oil company law firms representing those seeking to drill in the Bahamas. In that article it noted that Attorneys for BPC are Graham Thompson & Co, Davis & Co and Higgs & Johnson.

Now what we found amazing is this, Higgs & Johnson is the former law firm of the current Attorney General John Delaney. It is also the law firm associated and did work for the sale of BTC to the foreign company. NO ONE ASKED HIM TO MAKE DISCLOSURES?

Additionally, Higgs and Johnson employs the daughter of Hubert Ingraham. We wonder why Mr. Ingraham never mentioned that! Strange hey?

How is it Hubert Ingraham didn’t mention that this week when he ascended the rally stage? And by extension, how is it, the DNA found no concern or thought of conflict to protest outside the office of the Attorney General and ask for the resignation of John Delaney, who was a Senior Partner of Higgs & Johnson at the time.

But further, there is another firm seeking exploration for oil in the Bahamas. The firm owned by the deceased husband of Lynn Holowesko, THE PRESIDENT OF THE SENATE, represented that company which we will not name at this time!

But get this Papa, his hired PAID PROTESTING GOON Moncur and his former FNM/DNA buddy Ben Albury [who must have been smoking something to get on this topic] have no concern about the other people who today sit in government. Nor do they question any conflict! HOW OUTLANDISH!

BP is always mindful of these funny protestations that grab headlines that are concocted behind the scenes. And behind the veil is the real story members of the WUTLESS GUTLESS MEDIA refuses to go.

But that’s not our story today.

While the three musketeers beat at the PLP lawyers [Who today still are not in power – YET], BP has come across some interesting court documents.

We understand Branville’s law firm is in the business of throwing Bahamians onto the streets. – Just like Duane Sands, that heartless surgeon in the FNM.

BP has learnt a major lending financial institution has engaged the services of Halsbury Chambers to drag homeowners who have fallen on hard times before the courts with eviction notices.

The man, who claims he care so much for the poor, has them backdoor wheelers and dealers controlling him even before he could lose his seat in Bamboo Town.

Does the DNA have a mortgage crisis plan? And we ask, when will they go and protest in front of Branville’s law firm?

And for those who say BP is talks, come and see details below for ‘yinner’ self!

IF YA DON’T LAUGH YOU WILL CRY! 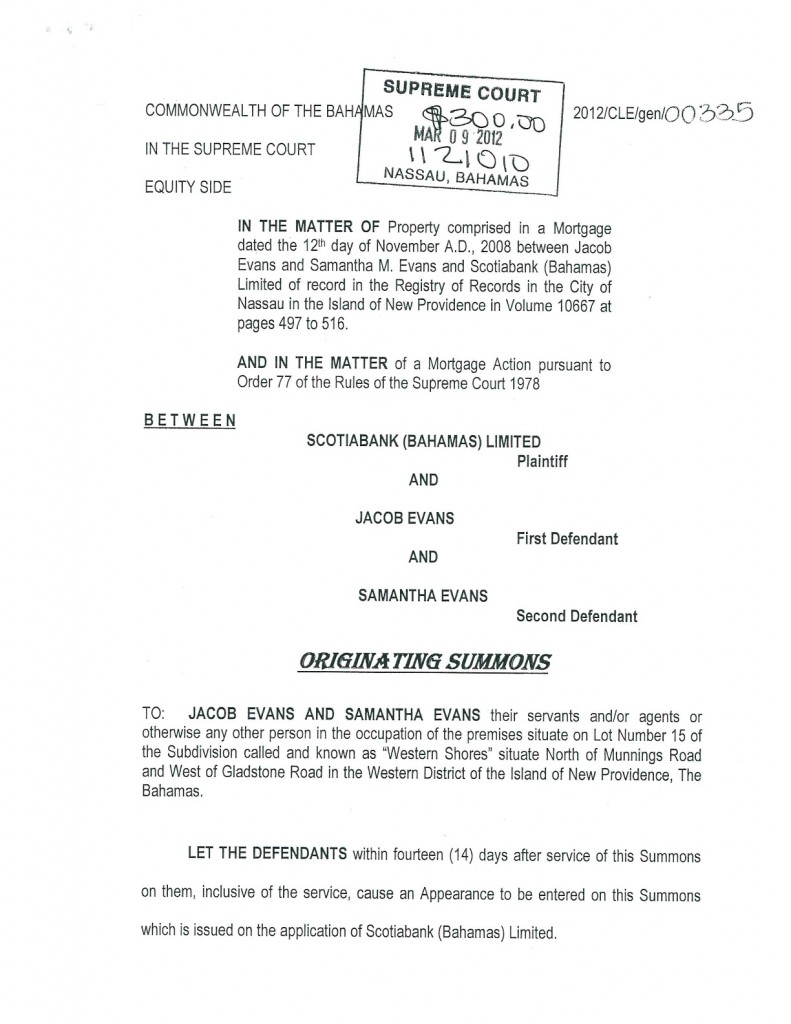 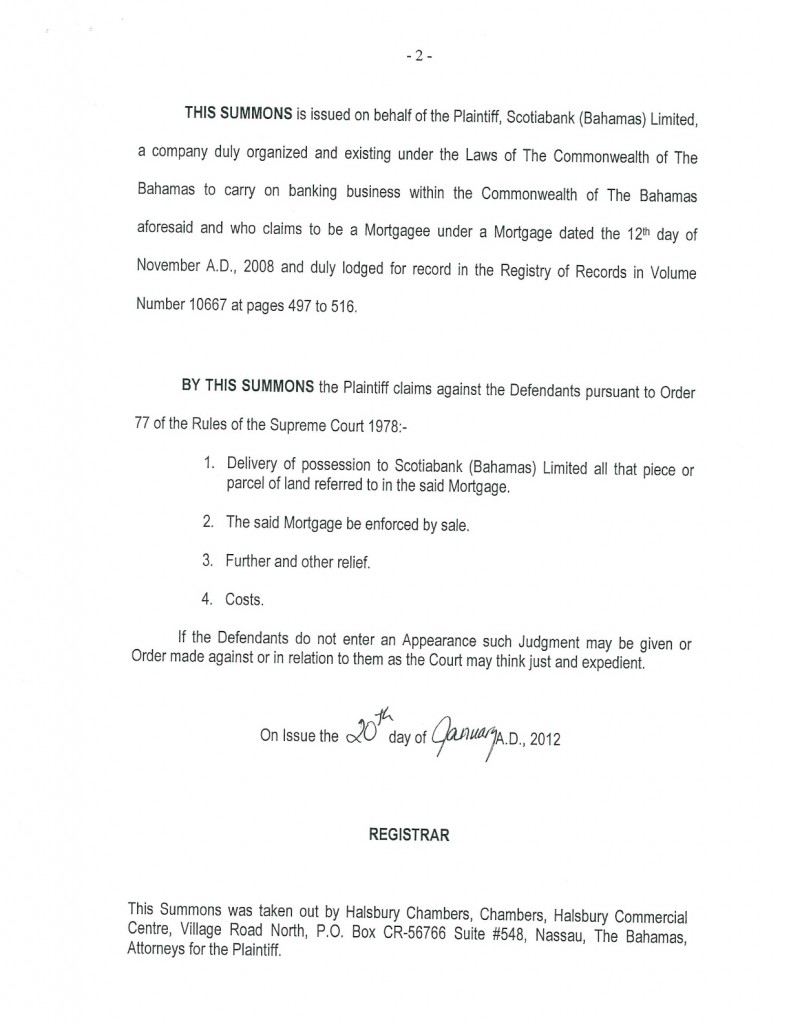 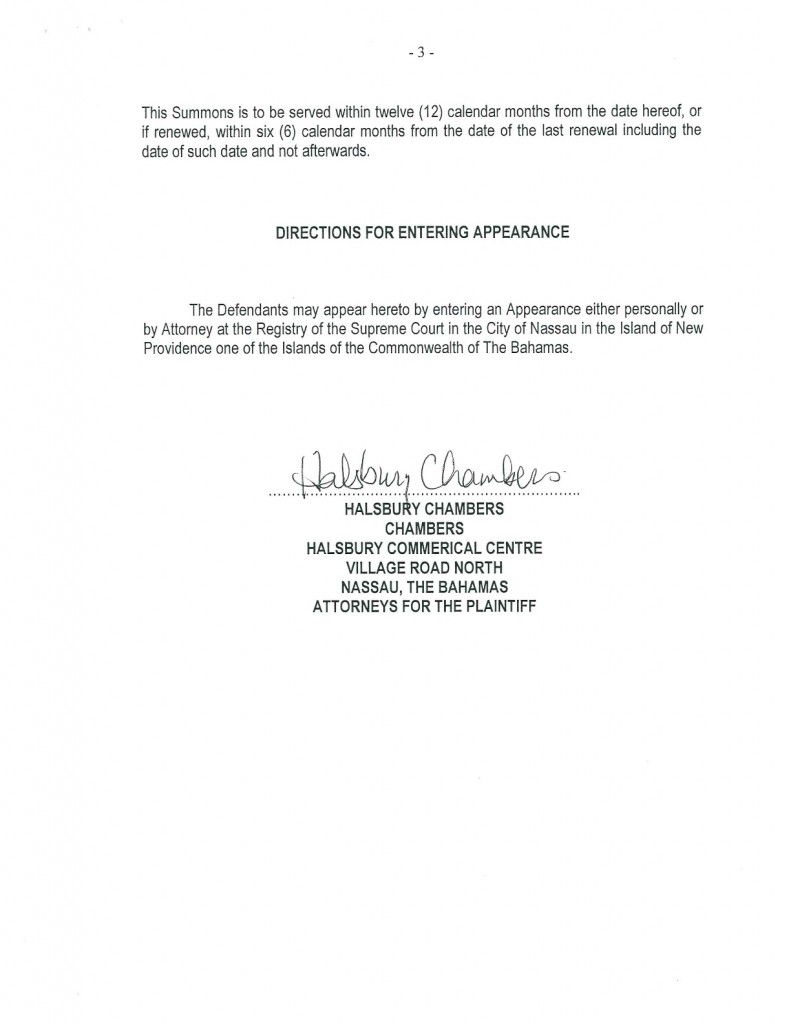 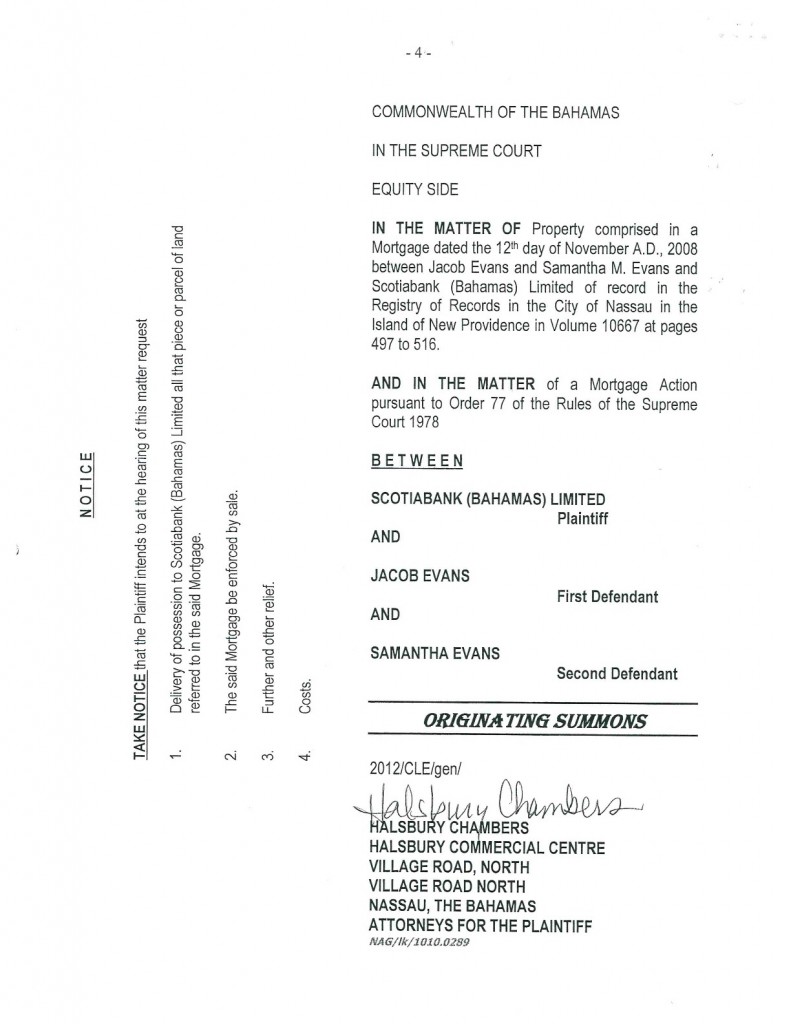