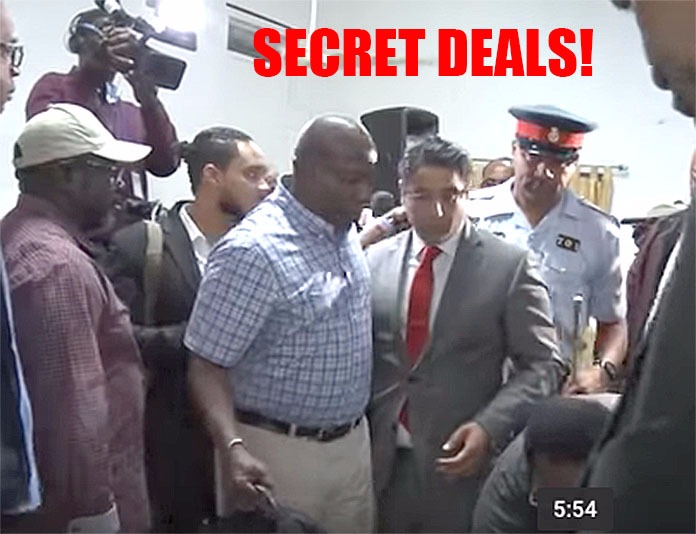 The “ceremonial signing “,19th February 2018, of Heads of Agreement (HOA) between the Government of Bahamas (GOB) and Oban Energies, has become a public relations fiasco for the GOB and a potential environmental disaster for the island of Grand Bahama.

Many details and concerns about the process and terms of the HOA have been covered by the media, environmentalists, NGOs, BNT, politicians, residents of Grand Bahama Island (GBI) and concerned citizens of the Bahamas.

I will focus my intervention in addressing the substantive and controversial environmental issues contained in the HOA tabled in Parliament by PM Minnis.

During his address PM Minnis acknowledged numerous “miss-steps” taken in this matter by himself and the Cabinet which revealed the “lack of knowledge and experience in governance” of the GOB and revealed an abuse of established protocols used in conducting due diligence for proposed projects of this size and complexity.

Additionally, public consultations and reviews by environmental agencies, BNT, NGOs, and residents of Grand Bahama Island were not entertained or considered necessary by either party to this Agreement prior to the signing of the HOA.

A review of HOA environmental components indicates the following issues must be addressed by GOB forthwith:

– HOA approval before an Environmental Impact Assessment (EIA) is completed and reviewed. Why?
The EIA is promised within 45days after signing of HOA?

– The GOB has 60 days to approve EIA, submit concerns and make proposals for remediation, failing which approval is automatic?

– The GOB abrogates its authority to terminate this project regardless of EIA revelations, (HOA: Clause 5.1). Why?

– Environmental Management Plan (EMP), a necessary supplement to an EIA should be part of a comprehensive review and approval process before construction starts.

– The GOB waives it right to sovereign immunity in any court proceedings in matters relevant to this project (HOA: Clause 17.13). Why?

– The competency and bona fides of the entities preparing the EIA must be reviewed and approved by GOB.

– Review of EIA by local environmental agencies/NGO/ BNT and residents of GBI should be instituted prior to approval of project.

The BEST Commission was established in 1996 as a non-statutory Government agency empowered to review investment proposals with significant environmental impact and advise the GOB; formulate policies on environmental and ecologic issues impacting the Bahamas in order to protect and ensure sustainability of our pristine and unique environment.

The Commission advises GOB on EIA and EMP reports, the bona fides and credibility of consultants, both local and foreign, and gives advice on their capacity to research and review EIA and EMP proposals prior to the signing of HOA.

This process was specifically designed to allow presentation of scientific evidence-based reports devoid of political considerations and political expediency for consideration by Ministers and governmental agencies.

It would be instructive for the public to be informed of the BEST Commission’s review of this Oban project and all reviews conducted and reports prepared by its consultants.

This Oban Energies HOA is flawed for many environmental reasons:

The concerns for the environment have not been adequately addressed and have taken second place to a desperate desire to find jobs in GBI.

The PM and Cabinet must take ownership of this debacle, and either amend the HOA to reflect approval of a credible EIA and EMP prior to start of any construction activity OR terminate the entire Oban project.

The sovereignty of the Bahamas must never be sold by GOB to any entity, domestic or foreign, in pursuit of short sighted political goals.

The GOB must always perform their duties with knowledge and vision, and serve to protect our Bahamian patrimony for all Bahamians.

“GOB must never sell our birth-right for a mess of pottage”.

The PM ought to do the “right and honourable thing.”