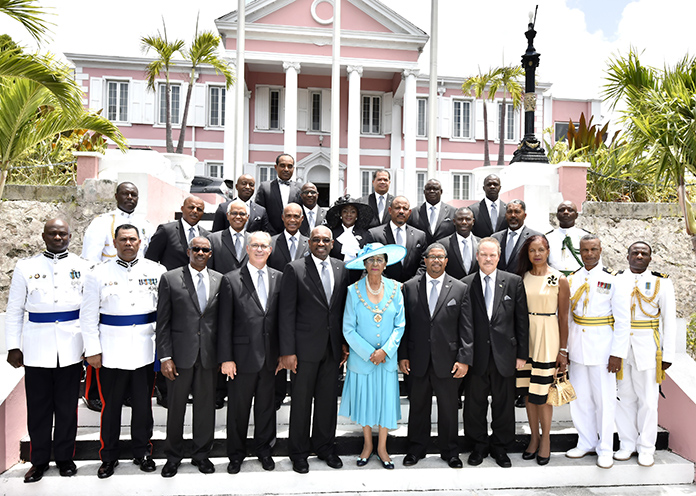 NASSAU, The Bahamas — An Official Photo of the new Free National Movement Government Cabinet Ministers was taken with Governor General, Her Excellency Dame Marguerite Pindling (centre) at Government House immediately after the Official Opening of Parliament on May 24, 2017; Prime Minister the Hon. Dr. Hubert Minnis is at centre left, and Deputy Prime Minister and Minister of Finance the Hon. Peter Turnquest is at centre right.