Nassau, Bahamas – Another freak accident this time in the western section of New Providence has left a Defence Force marine dead.

Police are right now at the scene of a traffic fatality on Coral Harbour Road near to Budget Food Store. The incident unfolded just after 3pm.

The victim we understand was driving in the area when his vehicle lost control and slammed into a building. Both marines are from entry 52.

Marine R. Smith is said to be the victim in the accident. The other marine was taken to hospital where his condition is serious.

That victim is also a new marine on the RBDF.

This is the second fatality on the streets of the capital in just over 24 hours. 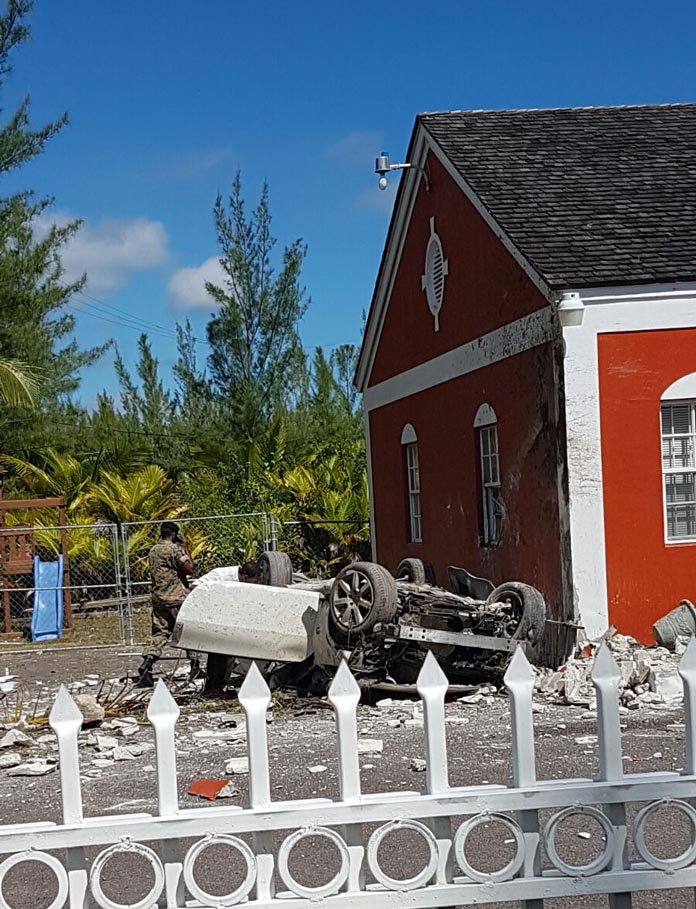