No record of anything was ever done to discipline that employee! What were they doing with the payroll?

What kind of Authority is running the PHA? And why is the Christie Government making no effort to stop the wastage of public money at the PHA?

Nassau, Bahamas — Bahamas Press has decided to continue the release of an internal audit of the Public Hospitals Authority that we began some weeks ago.

Now we know something is wrong here as members of the PHA Board have yet to discuss the revelations. BP will go further into these reports, which is the closest you, the Bahamian public, will get to the management of your limited funds at the Authority. In short – THIS IS YOUR FREEDOM OF INFORMATION! A job members of the wutless media dem refuse to do – but we are here to do it.

BP welcomes onboard two new investigative reporters who are assisting in the presentation of this new data.

BP can tell you the audit was carried out by HLB Galanis and Co. between July 2012 through June 2013 and conducted a review of the operating entities and routines of the PHA. The audit has revealed serious “discrepancies related to the employee data contained within the HR and Payroll database systems and identified this finding as a high risk, given the fact that ‘ghost’ employees could potentially enter the system and be processed for payment.”

On page 13 and 14 of the Audit the auditors focused on their findings and recommendations.

The Auditors uncovered that there were no written HR Department policies for data capture and recording at the PHA.

It was found how at the PHA there was missing employee data and confirmed how “contact information and performance appraisal data on file and in the JD EDWARDS system.”

The report also found how the HR Department at the PHA’s various institutions did not perform reconciliations of all employee data.

The Audit also uncovered how current payroll policies and procedures for payroll processing, manual adjustments, data change controls and authorization, exception reporting, reconciliations and off-site timekeeping were all out dated and were not maintained in written form.

Such inefficacies in the processing of payroll have resulted, according to the report, in processing errors, unauthorized transactions and inaccurate reporting within the system. But it got worse.

An Internal Audit Unit memorandum dated on August 16th, 2013, which was outside the period of the review by HLB Galanis and Co., recorded that a “staff member” in the Payroll Department on Grand Bahama for [GBHS] had access to the Accounting system. The report cited this as a blatant disregard for security and controls. The Internal Audit Unit recommended that disciplinary action be taken against the Financial Controller of GBHS. However, it is still unclear if any was ever taken.

How did a staff member get access to such sensitive information within the PHA? Who gave the authorization? Why? And what was the task of that employee?

Additionally, according to the auditors, they uncovered how persons with access to the payroll processing data [with authority to make changes on payroll information] were allowed to maintain more than [1] bank account for payroll. It was also uncovered – GET THIS – that a number of these same employees were using the same bank account. Well, what in the hell is dis?

Keep reading Bahamas Press for more breaking revelations into the audit findings at the PHA…. 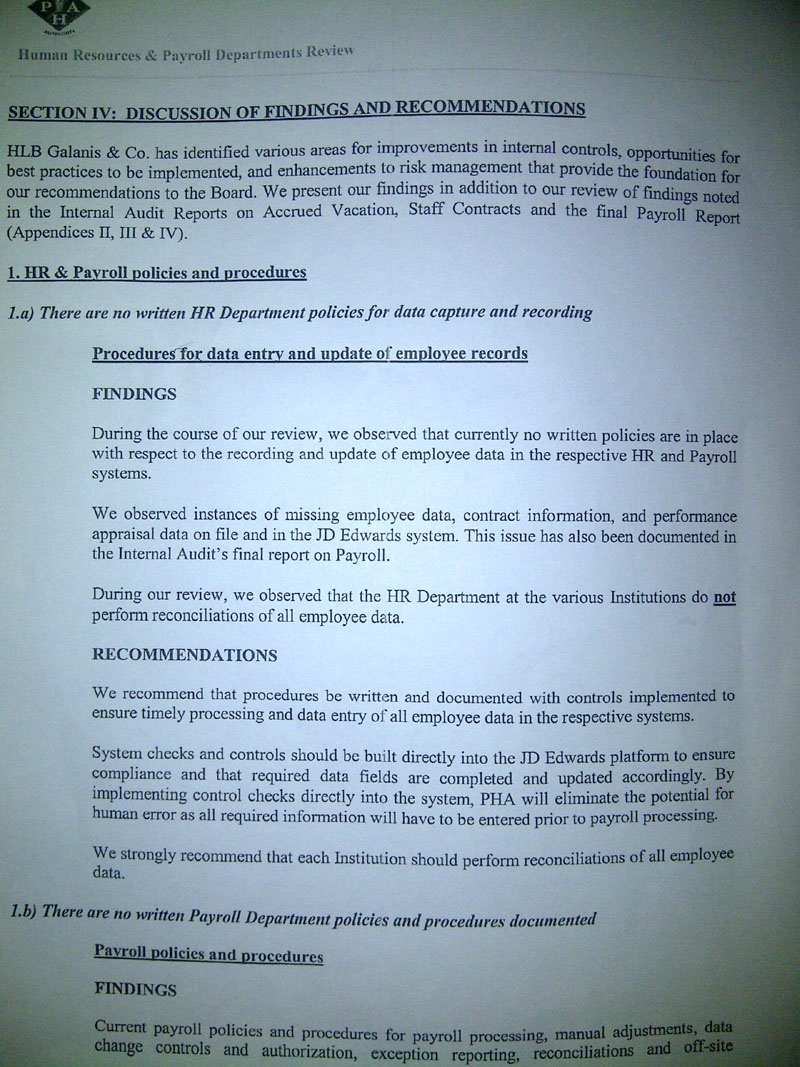 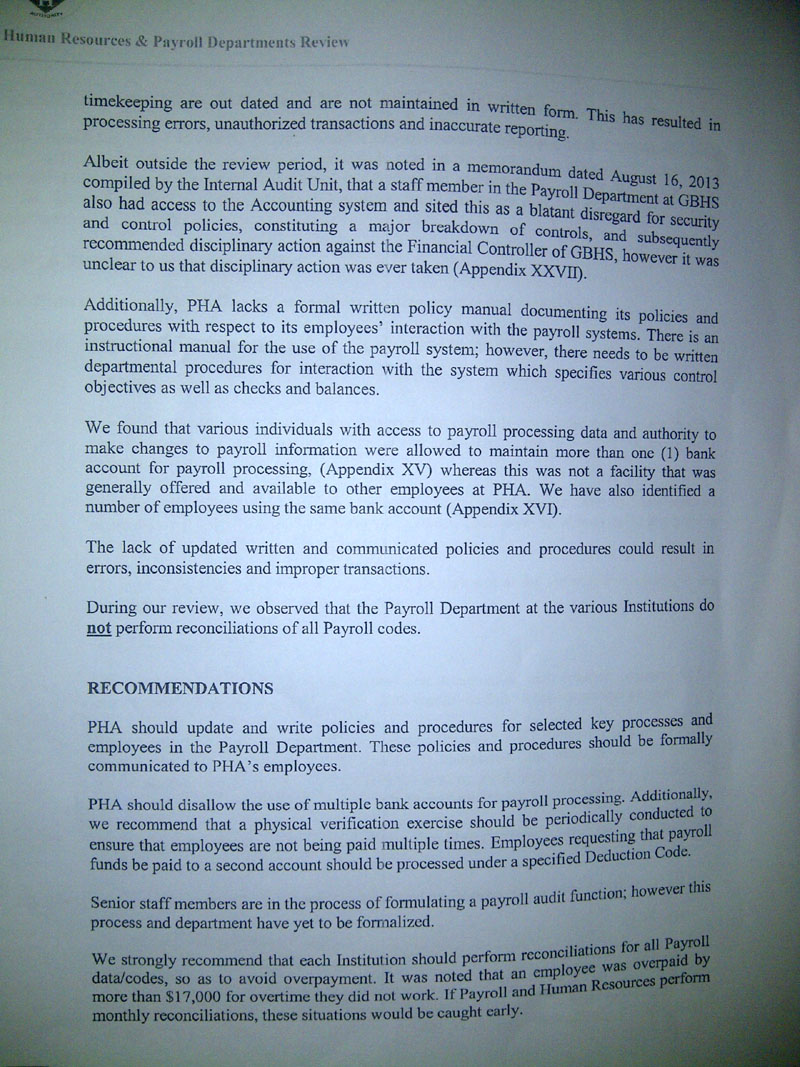