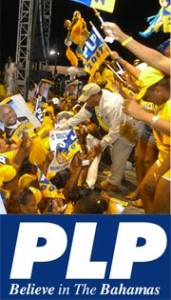 A FEW QUESTIONS FOR THE FNM CHAIRMAN

Notwithstanding that the FNM government did not appoint statutory boards and committees until July 8th 2007, the PLP has a few questions for the Chairman of the FNM in the face of his attention seeking and transparent political posturing, grandstanding and bluster:

Did Charles Maynard and his FNM cohorts ever saw their way to ask the Bahamian people for forgiveness after all the widespread suffering caused at the hands of the cabinet of which Mr. Maynard was a part? Much of the mess this country is in today is the direct result of the so-called decisiveness of the FNM administration and the PLP will aggressively exploit any and all opportunities to remind Charles Maynard of his government’s follies. For one, the failed policies of the FNM made the recession worse and needlessly protracted resulting in the misery index falling off the charts.

The record will show that the policy directives and mandate given to the FNM appointed BEC board of directors almost drove that corporation into bankruptcy. What with technical and non-technical losses at that corporation exceeding 20%, no preventative maintenance and crippling amounts of blackouts under the FNM, Maynard now has the temerity to lecture the PLP on decision making? He must first apologize to and seek forgiveness from the staff of BEC for failing to support and lead them and the thousands of consumers whose lives were turned upside down because of his government’s terrible policy decisions.

The project left in place by the last PLP government to construct a power plant on Snake Cay Abaco was a colossal failure because of poor decisions by the FNM cabinet. The project was well over budget and the power plant never provided reliable power to the consumers of Abaco. Perhaps Mr. Maynard wishes to explain to the people of Abaco what went so horribly wrong under his government’s watch.

All of these institutional failures were the direct result of decisions made by the FNM cabinet and Charles Maynard is simply culpable. Any pious lecture from him has to be seen as hypocritical and trite at best.

In stark contrast, under the PLP’s leadership of BEC, electricity rates were reduced for both commercial and residential customers. The kilowatt capacity was steadily expanded through new power plants, timely preventative maintenance minimized blackouts and non-technical losses were substantially reduced. The record shows that the PLP made the right leadership decisions for both BEC and the country.

Whatever contrast Mr. Maynard seeks to draw between the two governments cannot eclipse the truth and he will not be allowed to either rewrite or deflect from history.